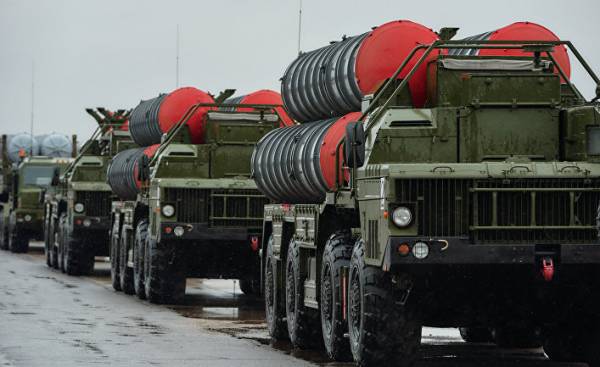 From America, the European Union and its NATO allies, Turkey has not met the expected interest in its missile tender. Turkey’s objective was not so much to acquire missiles, how much, without wasting time to take a step on the way to the missile technology it needs, thanks to the cooperation that would be built. But our friends, the allies did not demonstrate this approach and didn’t even give proposals within the framework of these criteria. Their goal was to sell the missiles, but they didn’t have the desire to transfer technology, to implement joint production or help ensure that Turkey gained opportunities that will allow you to have a voice in this area.

Therefore, an agreement was signed with China. Moreover, it was assumed that the Chinese-Turkish agreement on missiles even spur our allies, but they are only showered with criticism. Attention was drawn to the fact that these missiles will be impossible to integrate into the NATO system. It was said about the technological progress of Chinese missiles. Maybe even because Turkey’s cooperation with China has not found serious, he has not been given much importance. When on the agenda there was a Russian, and began to discuss the fact that Turkey can buy s-400 not s-300, and also to produce missiles jointly with Russia, has changed the approach of our allies. But in the meantime note that these disputes and the hype will start once the s-400 will be stationed in Turkey, under joint production.

What changed the balance?

Turkey sent the representatives of different companies, consortium, which includes the United States and Germany. Began to say: “We’ll give you everything, including technology, and can even integrate what you can do in our system”. But they were too late. In fact, after the airplane of the crisis, Turkish-Russian relations improved. Although on some issues between the two countries was not reached complete agreement on the issue of missiles no problem, as expected. Even Russia has demonstrated more positive approaches. Perhaps this convergence played a role policy, which Russia and Turkey are developing in Syria in terms of regional security.

How much of Turkey’s strategy in Syria and the middle East conflict with its NATO allies, as they coincide with the approaches of Russia. The fact that Russia, which until the airplane crisis has offered Turkey the s-300 and not talked about the transfer of technology, joint production, now began to favor the sale of s-400 and joint production, certainly had the influence of other factors, such as, for example, tensions with the West, sanctions. But events in the middle East should be put on the first line.

As a result, the question of missiles, neither America nor any other country — member of NATO do not have grounds, and the right to criticize Turkey. And the fact that over this long period of time they did not have any positive approach, contrary to the friendship and membership in the same Alliance.

China did not believe Russia was struck by

As soon as the deal for rocket systems that we planned to buy from China, was canceled, the Western company with the approval of their governments began to knock at the doors of Turkey. One of them was the international consortium “MEADS” with the German-Italian part, the major shareholder of which is the American giant in the field of defence industry Lockheed Martin. The details of my conversation with the representatives of these companies and their offers I wrote in this column. Our allies, which, unfortunately, has not previously shown interest in the tender for “Turkish air defense system long-range”, Western companies began to bring packages of proposals for cooperation on very flexible terms. But, in my experience, Turkey has shown interest in him, as didn’t trust the proposals and could not assess whether they were sincere.

When in connection with the acquisition of s-400, which was the subject of criticism and was presented as an event aimed at creating tensions in relations between Turkey and NATO, President erdoğan himself said that the signatures were affixed, this had the effect of a cold shower in the West. But it’s too late. In those days, when the agreement on missiles achieved, and discusses the financial dimension of the issue, America can also do interesting suggestions. Moreover, to engage in this process and the us-German consortium with more interesting offers. But, apparently, after this phase, no attempts will not be able to prevent the arrival of Russian missiles in Turkey. Provided that in the relations between the two countries will not have unexpected problem!