One of the most striking features of 2016 and it is extremely unusual policies was the emergence of a world “post-facts” in which literally all reliable sources of information was called into question; they were opposed by the facts of dubious quality and origin.

The emergence of the Internet and the world wide web in the 1990s was called a time of liberation and the great victory of democracy worldwide. Information is power and as information has become cheaper and access has become easier, the democratic forces have the opportunity to reach places where before them was forbidden.

The emergence in the early 2000s, social networks seemed to have accelerated this trend, giving people the opportunity to mobilize that became the basis for a number of democratic “color revolutions” around the world — from Ukraine to Burma (Myanmar) and Egypt. In the world of personal communication, the old rulers of information, which mostly meant the repressive, authoritarian state, you can get around.

Although some truth in this positive rhetoric was, there was another, darker side to what is happening. The old authoritarian forces began to learn to monitor the Internet in China, with its tens of thousands of censors, or by the recruitment of the legions of trolls and bots start to fill the network of false information, as in Russia. These trends become especially clearly noticeable in 2016 — both in domestic and in foreign policy.

Trump statements — not just manipulation of facts and blatant lies

The main manipulator of social media was Russia. The Russian government has launched a blatant fakes — like, for example, the “facts” of the crucifixion Ukrainian nationalists, young children, or allegations that Ukrainian troops shot down Malaysian Boeing in July 2014. These same “sources” participated in the debate on Scottish independence, Brexit and the Dutch referendum on the Association Agreement with Ukraine, fanning any questionable fact, which would weaken the Pro-European forces.

The use of false information by authoritarian forces as a weapon is bad in itself, but this practice has affected the election campaign in the United States. All politicians lie, or, to put it softer, distort the facts to their advantage; but Donald trump brought this practice to a new level. It started a few years ago, when he began to promote the idea of “birth” — charges that President Obama was not born in the US that trump continued to repeat even after Obama showed his birth certificate in the United States, of course.

During the recent American presidential debate, trump said that he never supported the war in Iraq and never called climate change a “forgery”. After the election he said he would have won on a national vote (he lost by a margin of more than 2 million), if not a rigged vote. It was not just manipulation of the facts, but blatant lies — the lie that was easy to check. The fact that he distributed it, it was bad in itself, but worse was the fact that Republican voters, it seems, had not punished him for it.

The traditional means of fakes, according to advocates of freedom of information is just to promote the truth that in the marketplace of ideas will be more in demand. Unfortunately, this solution almost never works in the world of social media is full of trolls and bots. According to various estimates, this category is a quarter to a third of all Twitter users. The Internet was supposed to liberate us from the rulers; and indeed, now the information comes to us from all possible sources — and they all are considered equal. There is no reason to believe that “good” information overcome “bad.”

There is a more serious problem than these individual false data and their impact on the outcome of the election. Why do we believe in the truth of any fact, although most of them are not able to check? The fact that there are independent institutions, whose main task — the creation of reliable information that you can trust. Americans receive information about crimes from the Ministry of justice, and data on unemployment from the Bureau of labor statistics. Mainstream media like the New York Times was really opposed to trump’s, but they have mechanisms that prevent the appearance in the newspaper serious factual errors. I doubt very much that Breitbart News (radical site, supported trump — approx. ed.) there are legions factcheckers that verify the truthfulness of the information appearing on the website.

In the world of trump, on the contrary, everything is politicized. During the campaign he said that the fed, Janet Yellen, worked for Hillary Clinton that the elections would be falsified, official sources disclose that the refusal of the FBI to indict Clinton meant that she bribed them. He also refused to trust the security services, who accused Russia of hacking the servers of the National Committee of the Democratic party. And, of course, trump and his supporters believe everything mainstream media is hopelessly partisan.

The failure to reach agreement on the most basic items — a direct consequence of full-scale attack on democratic institutions in the United States, Britain and around the world. This suggests that democracy went in the wrong direction. In the USA there have been institutional decay, in which powerful interest groups have begun to protect themselves through a system of unlimited campaign financing. So ordinary people had reason for outrage.

During the election campaign, the mood worsened. Widespread belief that all falsified or politicized, and that a thriving direct bribery. If the official authorities will declare that your candidate lost, or any other candidate looked better in the debate, this is probably the result of a conspiracy. The belief in the corruption of all the institutions leads to an impasse of General mistrust. American democracy and democracy in General will not survive a lack of belief in impartial institutions. Will start a guerrilla political struggle in all aspects of life. 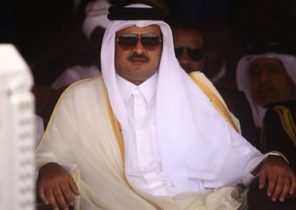