The result of the crash of a passenger plane of the Pakistan International Airlines (PIA) in a densely populated area of Pakistan’s largest city Karachi has survived at least two people.

On it informs Sky News referring to the representatives of civil aviation. Although arrived on the scene of the tragedy, the mayor of Karachi Wasim Akhtar argues that none of those onboard survived.

“At the moment we believe there are no survivors, but that information has yet to be confirmed,” — said the mayor.

According to him, in the fall, was also destroyed six houses and military rescue workers from the rubble, under which were found the bodies of at least two dead.

According to Flightradar24, collapsed the Airbus A320 was built 15 years ago.

Earlier, PIA Director General Arshad Malik said that the last words of the pilot was the statement about the faulty jet engine.

“We lost the engine,” the pilot said before the connection was gone.

On 22 may, the Airbus A320 of the national carrier, Pakistan International Airlines, carrying out flight Lahore – Karachi collapsed on the living quarters, it reached about a minute to Jinnah INTL airport. On Board the aircraft were 97 people, including 12 crew members and 85 passengers, including eight children.

A few years ago in Pakistan crashed another plane PIA ATR-42 with 47 people on Board crashed into a mountainside in the town of Havelian in the North of the country. As a result of the tragedy, no one survived. 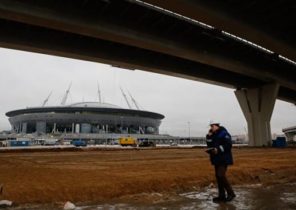