New year Ukrainians will meet without snow the first few days of 2017 it is expected overcast weather without precipitation, according to weather forecasters Ukrhidroenerho. The temperature of the air in the next few days will range from two degrees Celsius to two degrees Celsius. The cold snap is expected only on the third of January. The website “Segodnia” find out what weather to expect Ukrainians at the beginning of next year.

31 December, according to weather forecasts, Ukraine is expected to cloudy weather. The temperature will range from two degrees to four degrees Celsius. The highest temperatures in the day will be in the West – here the day temperature will range from two to four degrees above zero. In the center, on the North and South by one degree of heat to one degree below zero. The coldest weather on this day predicts Ukrhidroenerho, it is expected in the East – up to two degrees below zero. New year Ukrainians will meet without snow. On Tuesday, the third of December in Ukraine will be snow. Precipitation in the South, the North, the East, as well as in the capital. Zero temperature this afternoon is expected only in Kherson, Odessa and Mykolaiv regions (from one degree above zero to one degree of a frost in the afternoon). In the East the temperature can drop to three degrees below zero in the North to two degrees Celsius, on the South by one degree of heat to one degree below zero. On the last day of December, informs a portal “Weatherman”, revered the memory of St. Modestus, who is the patron Saint of cattle. In earlier times this day was celebrated male braccini (purse) with beer and meat. The greater was the frost on this day, the less was it possible in the future, snow and storms. The weather that day, what the weather would be in June.

2 Jan revered the memory of St. Ignatius the God-bearer. Weather on this day foretells the weather of August. Our ancestors noticed: how strong the cold on this day, so it will be hot in the summer. And if there is frost on the trees, the weather in the coming days will be clear. In the old days it was the custom of Ignatius around the house to enclose the icon, thus protecting the house from evil. On this day, growers shake the fruit trees a good crop was.

January 3 Earth is at perihelion — it is the least distance from the Sun. Our ancestors noticed what day is 3rd January, so will September. Red sun in the morning dawn heralding a snowstorm. If in this day a lot of snow, we can expect a good harvest of grain, and if the snow will cover the earth to this day, the harvest in the coming year will be poor.

On 4 January, the day of Anastasia of Sirmium. To this Saint appealed in prayer for an easy pregnancy and delivery. On this day, prayers to the Holy women embroidered towel, which was supposed to help safely resolved from burden. People noticed how the day will be for her, so will October. Our ancestors this day watching the clouds, if they were going against the wind, expecting snow.

January 5, venerated the memory of saints Theodoulos, Saturnina and others. From this day already started active preparations for the Christmas holidays: it was customary to clean the house and cook Christmas pudding. Our ancestors for the weather that day predicted the weather Nov. For this day is characterized by windy weather, so the old saying “Came Fedulov, the wind blew” — it promised a good harvest. A favourable sign for harvest are considered clear days during the whole of advent (November 28 — January 6). 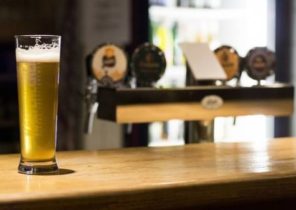