International organizations predict a restoration of balance in the market of raw materials. The reason is obvious: as already reported, in early December, the oil powers of the world for the first time in eight years, agreed to reduce the extraction of raw materials, to restore the balance of supply and demand in the market. Average daily production voluntarily “will cut off” as the OPEC countries and countries outside the cartel, including Russia and Azerbaijan. All market participants are sure that such a radical step will give the desired effect and the cost of “black gold” will rise again.

Until the oil up to these expectations, confidently overcoming the first bar 50 and then to $ 55 per barrel. On the horizon is a boundary in 60 dollars per barrel, which for 2016, the year seemed unattainable. Recall that in January-February of the year a barrel fell below $ 30.

The beginning of the rise in oil prices, which likely will continue into 2017, it is highly beneficial for all without exception-exporting countries, including Russia and Azerbaijan, the content of budgets is largely dependent on the inflow of petrodollars. They have an opportunity to enhance economic growth, to make ends meet in the budget, rebuild financial reserves of the state.

Recall that according to the agreement reached between the exporting countries, the production volumes will decrease Saudi Arabia, Iraq, UAE, Kuwait, Venezuela, Angola and other colleagues in the OPEC cartel. Among the countries outside this organization, most of the reduction will have on Russia — champion of oil production in the world. Russia, extracting more than $ 11.2 million barrels a day, is ready to reduce its daily output by about 300 thousand barrels. Common efforts should lead to a reduction of oversupply in the oil market twice in the next year, allowing prices to rise to $60 per barrel, according to estimates by OPEC.

Meanwhile, despite the current oversupply of oil in the world, right up until the last moment OPEC drove oil production like the “Stakhanovites”. What is surprising is that they assumed thereby to compensate for future losses, and in addition, was afraid of losing its share of the “heated” market. In November, OPEC produced record 33 to 83 million barrels per day. Before this “personal” record set by Saudi Arabia, producing of 10.67 million barrels a day.

Countries outside the cartel, also noted in recent months a number of national records for production, and Russia even exceeded on some days the performance of the Soviet times.

What Nostradamus predict from oil?

But at the official level oil powers are determined to balance supply and demand in the oil market. According to forecasts of the world oil organizations, they will succeed, although the analysts ‘ predictions for production, demand and price of “black gold” in recent years are very different, and sometimes contradictory.

However, the head of the IEA, Fatih Birol sure that the balance between supply and demand on the oil market will still be able to establish in the second half of 2017.

However, some market experts believe that these predictions cannot be taken at face value, because no one really knows exactly how much oil is produced the same OPEC. If you examine the reports of the IEA and OPEC in 2015, the divergence in the indicators can reach 1.25 million barrels per day due to the lack of reliable data on production in some countries, such as Libya and Nigeria.

Fog on oil future unleashes another unpredictable factor — the extraction of raw materials in the United States, which are not only the leader in consumption, but also the third country in terms of production of “black gold”. Mining projects in U.S. shale fields that are suspended, then resumed again, causing fluctuations in oil prices. The Department of information energy (EIA) of the U.S. Department of energy estimates production in the current year at the level of 8.73 million barrels a day, and in 2017 predicts 8,31 million.

Despite fluctuations in the estimates, virtually all analysts agree that demand for oil will grow annually. The main consumers of “black gold” in the coming year, in addition to the US, will be India and China. According to the IEA, the daily demand of China will increase by 400 thousand barrels per day, to 12.08 million barrels a day. By the way, it is possible that to satisfy the oil demand of China will be Russia.

No less than data on production and demand, the oil market care about the data on investment in the industry. According to the IEA, the required investment in oil industry up to 2040 is about $ 10 trillion. According to OPEC, over the next 25 years the oil production sector can count on a 7.2 trillion dollars, approximately $ 250 billion per year, and in the sector of oil refining and marketing of petroleum products until 2040 can do 2.7 trillion dollars.

If you are tired of the abundance of the figures presented above, we shall try to briefly sum up in words. The oil market next year is definitely going better. Most importantly — supply and demand have a chance to virtually catch up. Accordingly, this factor will cease to rock the oil boat. Investments in the oil sector has decreased markedly depreciating against the background of a barrel, will start to grow again, providing the industry’s full support.

Against this background, the main question is: how much will cost a barrel in the foreseeable future? The vast majority of experts believe that oil will soon cost $ 60 per barrel. But falling into euphoria and thinking that it will easily overcome this boundary, it is not necessary.

Pressure on the market will have two main factors. The first of them is the sale of stocks that compensate for the initial deficit in the market.

The second factor will be the expected growth of shale oil in the United States, which will contribute to the growth of oil prices. So, according to the analytical report of Baker Hughes since June drilling activity in the United States rose more than doubled. Causing the number of operating oil rigs has increased from 320 to 498. This can lead to the fact that in may 2017 the us will be able to offer in the market about 9.2 million barrels a day, which is above the current values by 500 thousand barrels, and will cover one-third of this shortfall.

Another risk factor for oil markets is the question of control over how you will run achieved by the countries-exporters of the agreement. Yes, set up a Commission, which would enforce the quotas by all countries. However, this does not guarantee execution of the agreements. The experts fear that the breach of the agreements one of the major manufacturers will immediately incur the same violations of other countries that have pledged to cut production. This development will lead to the collapse of the energy market, as well as full loss of trust of market to OPEC, which in fact would bury this organization.

If we return to the dynamics of oil prices, the main script now looks the following way. While favorable developments on the horizon next 6 months Brent tries to go above $ 60 per barrel. The maximum can be installed in the area of the 62.5– $ 65. 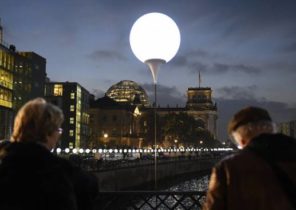 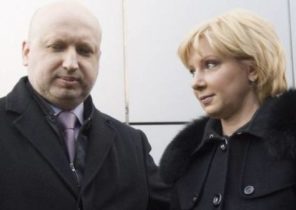