Russian Orthodox Church denies its own closeness to the government of President Vladimir Putin, speaking on one of its pillars, but she did not agree that it is a puppet.

“The desire to control — in the nature of the state, meanwhile, today we are experiencing a period of the greatest religious freedom in Russia for the last thousand years,” — says Vladimir Legoyda, the man in Russia is considered the main promoter of the modernization of the way of the Church.

In my 43 years, this journalist and political scientist, is the Chairman of Department on interrelations of the Church with society and the media of the Patriarchate of Moscow and all Russia, which has 150 million believers in Russia and 16 million in other countries. He became the first secular person at the head of this organization and its youngest leader.

His statement may seem optimistic for the critics, who believed that the government manipulates the religious rituals — the Patriarch (the Orthodox have the same status as the Pope for Catholics) is a public figure associated with the regime. In 2012, he has called Putin’s rule a “miracle”.

In addition, other incidents as outright homophobia of the Church and the condemnation of the members of the punk band Pussy Riot, who in 2012 staged a protest against Putin in one of Moscow’s Central cathedrals, strengthened the image of religious intolerance. “It was a shock to everyone, because we never thought it could happen, but this incident has been exhausted,” — said Legoyda during the interview with Folha, which was held in his office on the territory of the monastery, ironically located in the shadow of the Soviet colossus — the Russian Academy of Sciences. “And here’s the state,” he jokes.

However, it is not only there. In the case of Pussy Riot blasphemous speech, Putin connected with the Church, was held in the Cathedral of Christ the Savior, destroyed under the Communist regime in 1931, and after the restoration became the subject of post-Soviet religious and national pride.

The relationship between the Church and the Kremlin are indeed immanent in nature as the majority of religious buildings belong to the state or to receive from him payment as historical monuments.

Since the beginning of the Romanov dynasty in the XVII century the powers that be use the interaction of the Church with the people. “The Church’s ideology is a bonding adhesive for Russia, it permeates the social fabric of the country,” — said Legoyda.

According to him, the era of Boris Yeltsin’s presidency from 1991 to 1999 was more than obvious attempt to interfere. “Today, the state supports the Church but it is not necessary to present the situation in black and white, as they like to do. We’ve had our differences on many issues”.

He refers to the attempts of the Church to promote some form of reconciliation in Ukraine, in the historical center of Orthodoxy, where open opposition with Russia has caused a split of the local Church.

Critics throughout see the justification of Putinism. In addition to political reasons, such as the proximity of the Patriarch to the KGB in the past, always remember about the scandal with the import of alcohol and tobacco and on personal preferences of Cyril, for example about the clock for 30 thousand dollars, got a photo and unsuccessfully to retouch the assistants of the Patriarch.

“It’s all propaganda. We know what our faith is and how it defends Putin,” — says without apparent irony Konstantin Timoshenko (32), who decided one September days to visit the monastery of St. Sergius in Sergiev Posad, one of the main religious centers of Russia. There are the Holy relics of St. Sergius of Radonezh, the most revered in the Orthodox world.

“We recognize the value of good relations with the state. Under communism, the priest was obliged to provide a copy of preaching to the KGB before it to pronounce, not to mention other well-known atrocities,” — said Legoyda.

His career is a sign of the time. A typical product of the Soviet regime, Legoyda was born in Kazakhstan in the Ukrainian family — his grandparents were Baptists.

In 90-e years, already during his studies at MGIMO (the Russian equivalent of the Instituto Rio-Branco), he spent one semester at the University of California. “It was the center of Orthodox studies, and I realized that a lot of us around the world,” he says.

By definition, the local “atmosphere, resembling a cross between punk culture and monasticism”, gave him the idea about the journal. “He should have been called “Death world” that gives the notion about our thoughts at that time,” said Legoyda.

Eventually in 1996, this project has evolved in the Orthodox publication, “Thomas”, which is characterized by the fact that placed on their cover photos of artists and celebrities, at the same time translating it into comprehensible language of the classical texts.

Caused controversy and the name of the magazine, referring to the Transfiguration of Christ, was also named one of the feminist publication and popular among the young pioneers poem.

With the support of entrepreneurs and sponsors this edition of “Thomas” has grown to 55 thousand copies. Today it is about 30 thousand, and since 2006 the journal is published monthly.

Already having taught sociology and religion at MGIMO, Legoyda has attracted the attention of Metropolitan Kirill. They began to chat, and in 2009, being the Patriarch Kirill invited him to work for the Church.

The challenge for “Thomas” and the Church today is to “go to digital mode”. At the moment the efforts of websites and social networks attribute to the fact that approximately 10% of the declared believers are permanent members of our Church.

While Legoyda successful. According to a study conducted by “Levada Center” in February, 56% of Russians believe that the Church defends the values of the country. 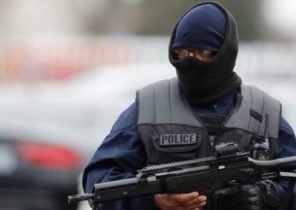 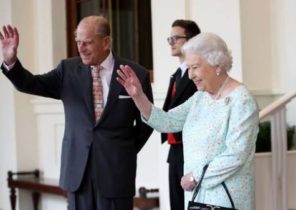