Two weeks ago, on 15 December 2016, the license for the TV channel “1 + 1” on the analog broadcasting has been redesigned and renewed for 7 years. This is stated in the official explanation of the National Council of Ukraine on television and radio.

As the press service of the regulator, for the decision of the national Council members voted unanimously.

In the national Council explained that, under article 33 of the law of Ukraine “On television and radio broadcasting”, the form of broadcast licenses with extended expiration is given to the licensee not earlier than the last working day of the expiration of the previous license upon payment of the license fee.

In accordance with article 32 of the Law of Ukraine “On television and radio” stipulates that the form of the license must be issued to the applicant after payment of the license fee, as evidenced by the appropriate document of the body carrying out the Treasury services of budget funds.

“Such a document for the National Council is a statement of the State Treasury service of Ukraine, which was received on 26 December 2016”, – explained in the national Council.

It is reported that the national Council turned to the channel with a letter of confirmation that the ultimate beneficial owner of the channel has not changed.

“We ask You not to look at all of the political component,” – said the press service of the national Council.

Earlier, representatives of the TV channel “1+1”, owned by Igor Kolomoisky, has sent a letter to the President of Ukraine Petro Poroshenko, which said the threat of disconnection of broadcasting in connection with the unwillingness of the Council to extend the license of the channel. 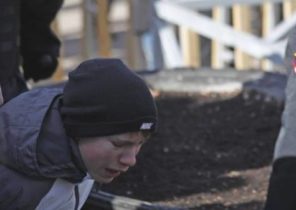