Reaffirming the opinion of the President Vladimir Putin about the fact that it was a good year for Russia, the Moscow stock exchange by its indicators have become one of the best in the world in 2016. Despite the sanctions, which restrict banks and oil companies access to Western financing of Russian shares has risen by 27% in local currency and 47% in dollars.

But such a rise is caused almost solely by external factors, and not some long-term reasons. The price of oil, which is the basis of the Russian economy, has risen by 50% compared to last year. Therefore, the growth of prices and the strengthening of the ruble cannot be called a surprise. Investors are also focusing on trump, hoping that the new President will make a deal with Putin, and easing sanctions.

But the projections remain very pessimistic. Russia is just beginning to move away from a two-year recession. This year the volume of production decreased by 0.6%. On the assumption that sanctions will be maintained, foreign economists predict next year’s economic growth at 1.2%, and for 2018 and a further 1.5%. This is below the world total growth in the U.S. and the EU.

The Russian President is stepping up its popularity in an effort to return the country’s great power status, and he began in 2014 with the annexation of Crimea. But the costs of sanctions and isolation, as well as from lower energy prices, were high.

Putin returned in 2012 for the presidency, promised solid growth. However the total for his third presidential term in the best case will be about one percent, although global economic growth exceeds three per cent per year. If Russia was more free press and more adversarial politics, voters probably reacted very strongly to such unfulfilled promises.

Opportunities to accelerate growth there. Sanctions relief may add a few percentage points. About the same can give Putin’s efforts to improve the efficiency of Russian officials and of the public administration system, and the elimination of rampant corruption.

But the main problem lies in the fact that domestic and foreign investors are not confident in the Russian prospects that will secure their property rights, do not invest sufficient funds in new capacity and improved performance. The volume of investment is about 20% of the production volume. Putin in 2012, promised to increase it to 27%.

To solve the problems related to investment, Russia needs not only long-awaited structural reforms, which are constantly being postponed, but also serious systemic changes to enhance political competition and strengthening the rule of law and for the creation of a truly independent judiciary.

Former liberal Finance Minister Alexei Kudrin, who apparently still trusts Putin, was given the task to prepare a reform plan, which will be released next year. But hopes for its execution is very small. The business community long ago came to the conclusion that real reform is unlikely while the current President and his entourage remain in power. The fact that vigorous reforms that could give a boost to the economy, will pose a threat to this regime.

Would the Russians prolonged stagnation? Their phlegmatic reaction to measures of austerity taken in 2014, shows that they can agree. Putin’s propaganda machine cleverly distracts their attention, and the Russians do not see a viable alternative to your current head.

Moreover, the image of a market democracy spoiled the difficulties and distortions of post-Communist Russia’s transition to the market. The EU and the USA can no longer serve as her model and positive model. Apparently, world leaders will have to get used to the idea that Putin will remain in power for a long time, although the Russian economy is increasingly lagging behind the world. 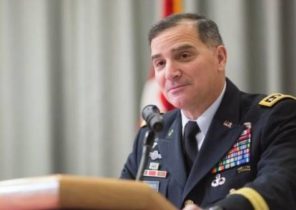 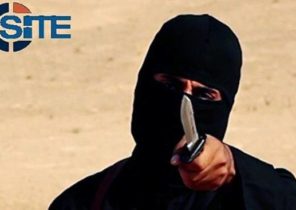 Terrorism is the official language of Saudi Arabia