The Shevchenkovsky regional court of Kiev intends on 31 January 2017 to begin the trial against the former Deputy of the Verkhovna Rada Oleg Tsarev. This is stated in the subpoena, published in the official newspaper of Central Executive authorities “governmental courier”, transfer “Ukrainian news”.

Provided that the court is the case against Tsarev, accused on part 3 of article 103, part 2 article 110 (infringement of territorial integrity and inviolability of Ukraine) of the Criminal code.

A preparatory meeting is scheduled for January 31 at 9:00.

In case of absence Tsarev, the court will consider the case against him in the order of the special (accelerated) procedure.

Recall that in March the General Prosecutor passed to the court in absentia indictment against ex-MP Tsarev, but the court returned it on completion in office of public Prosecutor.

Tsarev is accused in the period from April to may 2014, being the Deputy of the Verkhovna Rada and candidate for President, took part in the meeting of Pro-Russian citizens, where publicly called for their active actions aimed at the forcible change and overthrow of the constitutional order.

Also, ex-member of the via media extended the appeals regarding the legalization of so-called “DNR” and “LNR”.

The accused is wanted. 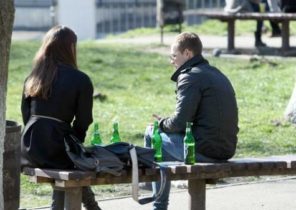