The piercing voice of the grinder extends through the empty main street and running from her empty lanes. In the silence is heard the sound of a lone hammer working at the construction of a huge building. It is far above the roofs of the modest houses of the small village Mamura. Still not enough crosses, Christian symbols, while on the concrete walls it is unclear what this building will be a place of worship.

If you go on the road to the district BHIVA, through a series of small villages: 300-500 residents, high. Rarely is someone here to meet. In Mtrade carefully designed scene. At each intersection decorated Christmas trees at every step, garlands and other Christmas decorations. Further, Islamiah, another huge Church on a small hill, the decorations on it, but clearly rises the bell tower, which is waiting for its bells. When she she will is unknown. Everywhere reigns an incredible peace and a profound silence. Traces of Christianity — the only noticeable throughout this area. There are so many that you would think that most of the locals are Christians. However, their number does not exceed 10%. Quite a bit compared to 60% who lived here before the civil war less than 40 years ago.

Christians changed the Druze community, common before the start of the clashes, who in the late 70-ies became interdenominational. Independent on the list of Islamic “alternative” movements, druzism immersed in the mysteries of the dogmas and practices that do not involve any external manifestations and places of worship. Any symbols, pictures of leaders of sacred images. Therefore, the area where the Druze are the majority, may seem to belong to another community. Closed, isolated, Druze do not Express discontent towards what is happening around their community and are not opposed to the building of foreign temples, having their own. On “their” territory in Lebanon built dozens of churches, but in fact mount Lebanon belong to them. The majority of the nearly 200 thousand Druze in the country.

During the first stage of the civil war in Lebanon between 1975 and 1976, then with more force, starting in 1983, with support from Syria whole villages have been wiped off the face of the earth, and the Church destroyed. Due to the constant change of allies, religious anger, which became weapons in the hands of the one, the other armed groups, the area Sufy became a victim of attacks of militants, head of the Druze community under the leadership of Jumblatt. This has led to significant demographic changes.

The Christians fled via Beirut, Jounieh and other secure locations. These places were bastions numerous Maronite community that could unite and present a United front, avoiding aggression. The sharp decline of the Christian population was observed especially in areas of mount Lebanon, Shufe, Phife. It is here where the roots of Christianity also drevny, as the very existence of this piece of Lebanon, around which are concentrated all the other regions, which became the territory of the modern state of Lebanon.

The sad result of the war and the ensuing economic crisis leads the father Atef Moawad, one of the priests of the Maronites, in the monastery of Naameh. “The monastery — he says a man’s voice, which has still not abated in the soul excitement — was completely destroyed. It was bombed by the Israelis because were the Palestinians during the war. During the battle, the Palestinians burned alive three local monks”. Who lived here, the community is ran. “We had 80% of them were only 30%. First we lived in all the villages, even without being there the most. Now in many villages entirely Muslim population. All gone away to France, to Italy and Switzerland. There are those who have no opportunities to leave. Their economic situation becomes every day worse.” The hope for the revival of the Christian community, at least as a reminder of a happy past, driven by those few who after years back to resurrect life in mount Lebanon. Around a concrete structure with a height of over 40 meters, rising in the valley and bustling crowds. Even at the peak of building, around the statue of the Madonna.

Madonna Mellieha is not a memory, but today’s reality. It was built recently, it is covered with ornaments and will be a Christmas tree. “The biggest mountain in Lebanon, maybe even in the whole country,” — smiling, says she’s a woman. “Maria, for the first time here with us.” Local citizens for more than 20 years were refugees, and now under the leadership of mayor Arnest Ada trying to start all over again. “This is a symbolic place not only because it is a Christian village, and we will celebrate Christmas. Under the base of this tree was the trenches. Here was advanced during the war. There was destruction. Now we start from here, from Madonna and this tree, we believe that all Christians of the SHUF it will be a special Christmas.” The community is working together with the builders to hang the last decorations. One woman can’t hold back the tears, barely hearing the words: “We Christians.” 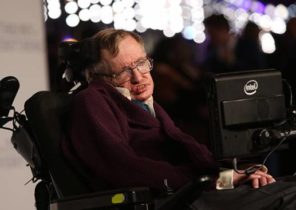