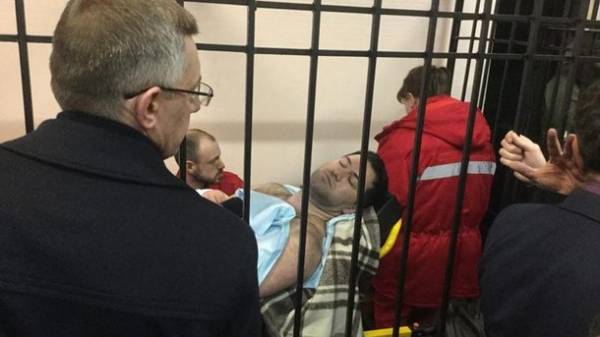 Detectives of the National anti-corruption Bureau and prosecutors of Specialized anti-corruption Prosecutor’s office together with the detained President of the SFS Roman Nasirov will remain in the courtroom to continue the meeting or the expiration of the period of temporary detention, which expires today at 23.00.

About the NAB informs on his page in Facebook.

The report notes that during consideration of the petition for election of a preventive measure the court is obliged to ensure the availability of the judge on duty in case of the statement of petitions for disqualification of the judge who hears the case. The decision about the next judge is taken by simple order of duty, which is signed by the President of the court every weekend.

“Solomensky district court of Kyiv has still not provided this condition. The official decision on the transfer of the trial, indicating the date and time to which adjourned, representatives from NABU and SAP still have not received”, – is told in the message.

“Meanwhile, instead of the judge on duty, who was unable to go to work and to continue the proceedings, appeared in court, the press Secretary of the institution, who told reporters that the alleged meeting postponed to Monday,” said NABU.

National anti-corruption Bureau expects that the Solomensky district court has yet to take a decision about election of a preventive measure against the suspect of the Chairman of the SFS.

Meanwhile, the representatives of “Automaidan” blocked the exit from the building in Solomensky district court of Kyiv, where the head of the State fiscal service (GFS) Roman Nasirov. At the gate of the court, the activists set two vehicles.