Russia not only ships, but also missiles and submarines

While missile complexes “Neptun” with cruise missiles have not yet entered service, Ukraine virtually nothing to confront Russia in the sea – the aggressor is too great superiority. Today, our naval forces are not ready to confront the Russian Navy.

About it has told on a press-conferences the Deputy Director for international Affairs of the research Center for army, conversion and disarmament Michael Samus, UNIAN reports.

According to him, the last time Russia seriously rearmed the fleet and created a powerful naval group in the Black sea, which is enough for the offensive.

“Of particular concern to me is the state of the naval forces of Ukraine and the system of naval defence. Because if we just take the ratio of the force, the missile weapons it will be zero to two hundred. I mean that we have zero missiles, the Navy, and the Russians have about 200. If we are talking about submarines, the zero to seven. And seven submarines of the Russian Federation in the Black sea is an absolute advantage, which can completely hamper the activities of the Ukrainian Navy — marine area is actually a complete failure… We are not ready for war with Russia on the marine direction,” said Samus.

The military expert stressed that not only do we have no Navy, but also an effective missile defense and have nothing to sink submarines. In this regard, he urged the authorities to engage in the development of the Ukrainian fleet. 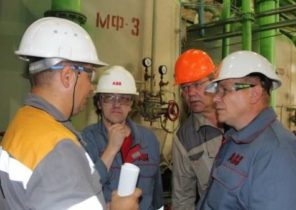