If the number of new cases COVID-19 in Ukraine will not exceed 480 patients within two weeks, we let bezveza in the EU

For four months, the boundaries of most countries for Ukrainians remain closed. De facto does not work and visa-free regime. To buy a ticket to low-cost and biometric passport free to call in any Schengen country is impossible. EU to unlock our bezviz, the figure for the number of active cases COVID-19 per 100 thousand population shall not exceed the average for the EU, while less than 17 occasions. In Ukraine, according to Ministry of health on 16 July, a little more than 62 cases.

Today its borders to Ukrainians opened 27 countries. In vacation at sea, you can go to Turkey, Albania, Bulgaria, Montenegro, Croatia, Egypt, Maldives, the Bahamas and Tanzania. But the entry rules are different everywhere. The website “Today” figured out how to prepare for the trip to the sea and what documents you need to collect that at the border you are not launched back.

In Croatia only with a negative test

From Kiev Valentin Voitkiv with the family for almost a week resting on the sea in Croatia. I took the car, drove transit through Hungary (details on rules of entry and quarantine in Croatia see the video). But, according to him, they did not have time to leave Kiev as of July 10 the Institute of public health of Croatia has changed the rules of entry, requiring travelers from three countries, including Ukrainians, to have a negative PCR test COVID-19, made in the last 48 hours (from the time of taking the fence to the arrival and passing of control).

“The new rules were not clearly written, it was unclear which day and minute they come into force. There were doubts whether we will be able to enter and go for us at all. But we finally decided, went, on the way out a situation where you can do a test which tests how to enter. Eventually found a clinic in Uzhgorod, which first reported that Sunday does not work. But in this situation, there were a lot of tourists, who were traveling in Croatia. Was the increase in calls and in the clinic too, so they decided to do tests on Sunday. In the morning I took a test about 5-6 PM it was the results, we picked it up and immediately went to the border”, – told the “Today” Valentine Voytkiv.

A holiday in Croatia Video: Today

“In principle, the same price at the airport “Borispol”. I know that on Sunday (July 12. – Ed.) when people flew to Croatia, flights detained, and they did tests on 2100 UAH”, – concluded Valentine. 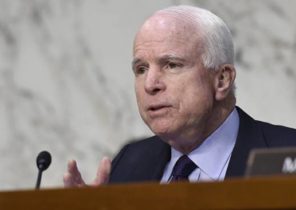