Photo of New Zealand shows a bright starry sky. In the dead of night at the stone Church complete silence, and behind her a magnificent backdrop emerges the milky Way. Almost everyone who travels to New Zealand, by the way, we visited here in the small village of lake Tekapo in the South island. People tend to come here to see the most beautiful starry sky in the world.

Maori Tekapo means “straw Mat in the dead of night,” a more poetic translation is “place for a restful sleep under the stars.” In fact, lake Tekapo is situated on the bottom of an open valley in the Southern Alps. Continuous snow mountain range around the blocks all the light, add to this a Sunny and dry climate and clean air, and all this makes the local natural conditions are excellent. Of course, that this place remained the most pure from of light pollution in New Zealand and around the world need to take into account the tireless efforts of the 400 permanent residents of the village. Each family restricts and reduces artificial lighting in their own homes at night. The government has upgraded the design of street lamps, reducing their height to light rays focused on the point you want to highlight. Even the nearby military barracks in a coordinated manner joined this plan. When night falls, many elegant gardens in the Victorian style are absorbed in impenetrable darkness, only the dim light of the lantern almost to the ground softly lights the way home.

We have a clear understanding of the starry sky in the southern hemisphere, visible to the naked eye, is the southern Cross and its navigational stars — the constellations that can be seen at any time, and they are recorded in the history of Greek mythology. However, in order to observe and photograph the stars of deep space, will have to go to a more specialized Observatory and use astronomy telescopes and Equatorial.

The temperature at the top of the mountain even more unpredictable. Light pollution on the mountain is very strictly controlled. Approaching the mountain peak, the bus driver turned off the lights, and in the blink of an eye ahead of it is pitch black. He told us that six years is driving the bus here. As soon as everyone understood that no one started to panic. This time around was so dark that, if you pull the hand, it could be seen and fingers, and yet it was incredibly quiet. It took us some time to get used to the dark, then we saw the light of the stars. I held my breath, most of all fearing to disturb the orbit of the ancient life ways of the night sky and stars.

Open mountain tops there is nothing to prevent, and a small village overnight usually dissolves completely in the dark. And in that moment you raise your eyes upwards, the sky appears a beautiful milky Way more clearly than you saw him yesterday. “We are already above 1000 meters above sea level, so the milky Way is, as you can see, looks a lot brighter.” The guide seemed to know all the thoughts of everyone and gave a clarification for any doubts that could arise in the mind of the travelers. The village at lake Tekapo is located in the centre of the South island, the height of the surrounding mountains is not less than 2000 meters. And mount John is a stone — built peak that began to crumble during the glacial period, and its peak, of course, is the best place for stargazing in the South island.

By focusing the gaze on the starry sky above you with the naked eye can clearly see thousands of stars. The guide sent the laser pointer upwards, and a beam of green light went straight up into the night sky. Of course, his first recommendation to study the sky is the southern cross, the constellation of the southern hemisphere, and the two stars used for navigation, alpha Centauri and Hadar. The guide made a marking with a laser pointer and showed where to look, patiently teaching all to identify in the sky the constellation of the southern hemisphere and find direction by the stars from this angle. Whether it is captain cook, who once sailed first to New Zealand, or Maori, who before he crossed the ocean in a canoe — they were guided by the stars and successfully reached the land.

Observatory mount John has the most southern astronomical research telescope in the world, visitors can even go inside. The building resembles an alien base. Whether it is a fantastically beautiful part of the Nebula plug or the rings of Saturn, the photograph of which was once on the cover of the science book — they all can be seen through the telescope in the Observatory because only a few nebulae can be seen with the naked eye. 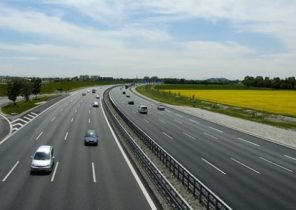