One of the obvious consequences of the pandemic for Russia — the crisis has spurred a new round of import substitution: with an overall drop of import demand for industrial equipment was unexpectedly high, said Eurasianet.org representatives of several trade and logistics companies. Machines began to buy even businessmen, who previously only imported finished goods from China. But experts doubt that the new wave of localization of the plants will be long-term without state support.

As Russian business is buying the equipment

During a pandemic, China’s exports to Russia fell by 7.3 percent to 16.9 billion dollars, announced in early June, “Kommersant”, citing data from the Chinese statistics. The fall did not affect the segment of industrial equipment, its delivery to Russia, on the contrary, revived.

“Several of my friends that sells Chinese machines, say, their sales almost back to decoratinga level. This suggests that some goods are now cheaper to produce in Russia”, — said the Plenipotentiary representative “Financial-banking Association of Eurasian cooperation” in China Eugene Bazhov.

Some suppliers of equipment is fixed and not speculative demand. For example, in VM Partners (specializiruetsya on logistics and manufacturing outsourcing in Asia) said that the volume of orders in this segment in the first half of 2020 was higher than over the same months a year earlier.

According to the Director of the company Daria Mushty, during a pandemic, the share of requests for purchase of equipment and its delivery from China to Russia the company’s portfolio has grown from the traditional 10-20% to 60%. Daria argues that machines and other industrial arrangements order, even those who had not engaged in production, only imported finished goods or components. However, the March depreciation of the ruble has forced them to reconsider their strategy.

A significant share in the volume of supplies held equipment for manufacture of medical products — especially personal protective equipment (gloves, masks, gowns, etc.). A surge in the number of such parties was recorded in March-April, says an expert on business with China, the founder of the trading house “Causing” Olga Konovalova. “Machines and production lines delivered even planes, overpaying the rate by 5 times,” she recalls.

In total, China has supplied approximately 60 tons of the equipment, said trade representative of Russian Federation in China Sergey Inyushin. However, the equipment purchased and enterprises in other directions.

Who and why decided on the localization of production

Manufacturer of fork fittings for household appliances “ELAT-Tool” from the Kursk during a pandemic, decided to move production to Russia (formerly part of components the company ordered in China). In 2019 supply prevented it raged in China, the Typhoon in 2020 — pandemic coronavirus.

“We don’t want to depend on currency exchange rates and agreements with suppliers and other external factors, which we do not control,” says CEO Konstantin Dolgushin.

Manufacturer of clothing for travel and sport Versta is building two factories in Novgorod, not to depend on imported raw materials. “Localization will require a lot of work, but we expect to see the efficiency of money,” says the owner of the brand, Vitaly Ivanov.

Already saw the effect of localization within the group of companies of the military industrial complex (specializiruetsya in the sale and service of construction equipment in Russia, Belarus and Kazakhstan). “The cost of individual parts was reduced to 5 times after we started to release them at the suburban plant, and not to order in China”, — said the Director of group Vladislav Kubasov.

He explains why his holding company has decided to take this step: “there are several Reasons. In our industry customers have more trust in Russian producers; it is more convenient to provide quality and service; short delivery times and the availability of its own spare parts, which has also been found advantageous to produce ourselves.”

It also contributes to the transfer of production was the Russian law — to participate in some tenders to companies to have a presence production in Russia, adds Olga Konovalova. For example, for programmes of renovation in Moscow and the capital repair Fund in all elevators must stand made in Russia details.

“The suppliers I work with in China are ready to invest in joint production of Elevator components on the territory of Russia, but so far it has failed to bring to life, — says Olga. — Of course, the opening of production in Russia important. Moreover, China has ceased to be a country with cheap goods and cheap labor.”

Why businesses need help from the state

An additional incentive to localize production in Russia may be the introduction of mandatory labeling of nearly all in circulation of goods, said Eugene Bazhov. “In China, the production workers will need high attention to the package, or the importer or the recipient will have to incur expenses and to enter an additional link, which will double-check the accuracy of the data on the box or the product, he explains. — The problem of the system in Russia, as I see it: entrepreneurs have no right for mistake”.

To avoid situations where due to issues of labeling a large shipment of goods is delayed at the border, entrepreneurs will continue to try to move production to Russia, the expert believes.

Overall in China, the business climate is better than in Russia, said the source Eurasianet.org. “There’s no constant checks, lower taxes, simpler things with cash payments, and banks running for many major companies to offer more favorable lending rates — lists Daria Mushta. But to obtain full control over the cost of only having in-house production. You can, of course, to organize their own representation in China, and not to use the services of contract manufacturers, but the trip will take from six months, and pitfalls associated with the work of the enterprise with 100% foreign capital, will not be less [than in Russia]”.

The fact that the summer the ruble has recovered to pre-crisis levels, while did not affect the trend: the peak of orders for the machines came to the end of may and beginning of June, says Daria. “I think the pandemic learn to live under new conditions, therefore, rely on a Chinese supplier, albeit at low cost, it is very unreliable, she says. — Many of our customers, despite the return of the dollar to 68-69 rubles, from the plans of relocation of production did not refuse”.

After the devaluation of 2014 in Russia has also seen a wave of production from China, but less than a year later, it subsided, remember the experts. To this time the process was really massive and had the effect for the Russian economy, requires government support, said the source Eurasianet.org.

In late June, the government has indicated that it is ready to help business: in 2020 the government will allocate 40 billion rubles “to stimulate production in Russia of key components”, said the head of Ministry of industry and trade Denis Manturov. “The crisis clearly demonstrated the vulnerability of existing supply chains, the usual chain of supply of spare parts, started to crumble,” said the official.

However, the business expects more.

“Support must be real: it’s industrial base, subsidies and preferential taxation, and special committees dealing with the review of projects, — says Olga Konovalova. — These committees should involve people who understand the business and to all undertakings not breaking on the rock of bureaucracy”.

While many wish to move production to Russia are forced to postpone your projects on a “move” in a crisis they have no money. This is especially true of contracts for the sum over 100 thousand dollars, say in a VM Partners. Daria Mushta hoped that these transactions will take place in 2022-2023 years when the economy recovers from coronavirus crisis.

Ivan Fed is the pseudonym of a Russian journalist. 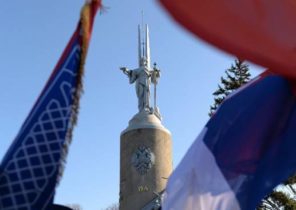 There is another world — Russian 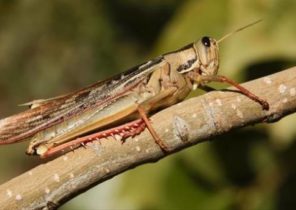