The EU comes after a pandemic begins to restore the economy. The recovery is going in accordance with last year’s “green deal” which should dramatically reduce CO2 emissions and make the European economy climate neutral by 2050.

For Russia, where environmental policy remains largely at the level of declarations, the decision of its largest foreign trade partner can result in considerable difficulties — especially for traditional Russian exports-oil, gas, coal. On the growing importance of ecology in Russia’s relations with the European Union spoke at the webinar “European green course and the economic recovery plan: what they mean for Russia?”, organized by the Russian office of the EU.

The origins of the course

The EU has announced the “European green course” (European green deal) in December last year, immediately after taking office, the new head of the European Commission Ursula von der Leyen. Its main goal is to make the EU economy climate neutral by 2050.

This means that emissions of greenhouse gases, i.e. CO2, from industry, the EU drastically reduced (preferably to zero) or will be compensated by the absorption capacity of European forests and soils, as well as investments in projects that reduce CO2 emissions.

To achieve this goal, the European Union intends to rebuild roads, to change the energy system, the rules of construction, to review the priorities of the investment policy, to preserve biological diversity on its territory and to eliminate social inequality — in fact, to fight for the good against the bad.

Insisting on the “green course”, the EU aims to become a world leader in the fight against climate change and to push other countries to become more active within the framework of the Paris agreement. Such persistence shows Europe on the background of the fact that the USA actually withdrew from the agreement, Russia is stepping up plans for development of the coal and oil fields, and China and India spend quite a weak environmental policy.

For these four countries in total account for more than half of global greenhouse gas emissions, while for the entire EU — just over 10%. “Green course” is often criticized because of that relationship, even if the EU is to become climate neutral by 2050, it will not save the planet — leaving only 10% of emissions. Nevertheless, the EU insists on its decision.

According to the Deputy Director for climate action of the European Commission Clara de La Torre, all political and economic decisions in the EU are based on the goals of the “green deal”, including announced in early July, the plan for European economic recovery after the pandemic. The total volume of plan can reach to 1.85 trillion euros.

Russia and the course

In Russia the news about the “green course” the EU is hardly noticed, which is not surprising. Russia has, in fact, not strategy on climate protection and adaptation to its changes. Climatic, ecological doctrine of the country and even the ratification of the Paris agreement more like international PR campaign.

Russian domestic climate documents — framework, declarative, and contrary to many others. For example, the draft programme of coal industry development until 2035. The program involves the increased coal production, although coal is the dirtiest source of energy.

Also, Russia has assumed a very modest commitments under the Paris agreement. It is expected that CO2 emissions will not exceed 70% of the 1990 emissions. According to the Director of the Institute of global climate and ecology of Roshydromet Anna Romanov, the country will be able to achieve this goal, even if nothing will be done, in this direction. Such modest goals are not pushing the Russian authorities, even to elementary measures like the protection of forests from fires, soil conservation and industrial upgrading.

The omission of Russia in climate may lead to new problems in relations with an increasingly anxious environment of the European Union. For example, the “green course” provides for the introduction of a carbon tax on imports into the EU (EU border carbon tax), which disturbs the Russian exporters.

The method of calculation is not definitely determined, but theoretically its size will depend on the magnitude of emissions from the production of a product. For example, for oil refining needs energy and it comes from coal plants, which are CO2 emitters.

Carbon import tax should level the playing field for European and foreign manufacturers. In theory, it should stimulate foreign companies to reduce CO2 emissions. More likely this tax will affect the price delivered to EU oil, coal and gas — because of it the price will be further increased when crossing European borders. Which companies will pay a carbon fee, whether it can be avoided, and how exactly, will become clear after consultations with the EU.

Russian companies, of course, wish such a tax is not introduced, because internally they have no other incentive to reduce emissions. For this, the EU says that the new collection would be avoided if other countries also will implement climate standards similar to European.

Such a possibility really exists. Associate Professor of the HSE and a specialist in climate policy Igor Makarov notes that, if Russia starts to introduce internal restrictions on CO2 emissions, or at least create a system of accounting covering all enterprises can, at least, she to calculate the amount of own emissions. But without such measures it will have to follow the European requirements, methods and calculations.

Only not a tax

Nevertheless, the prospects for the introduction of carbon regulation in Russia are still vague. The Russian Union of Industrialists and entrepreneurs resisting the introduction of limits on CO2, explaining that the case boils down to an additional tax, which will go on vague needs, and will not bring benefits.

Opponents of carbon regulation has ensured that the Russian law “On state regulation of greenhouse gases” to exclude any liabilities for companies. In Russia, the whole infrastructure of the fight against global warming, in addition to monitoring, will be established on a voluntary basis. Companies just don’t have to do anything under this law may, but need not.

According to the Director of the group’s operational risk and sustainable development of KPMG in Russia and the CIS Vladimir Lukin, the objections of the Russian companies is clear. The European carbon tax would increase the cost of their goods, and Russian — will only aggravate this situation.

However, always avoid reduction of CO2 emissions from Russian exporters are unlikely to succeed. A course on the introduction of additional fees for contaminants can be seen in the EU since the adoption of the Paris agreement in 2015. Indirect pressure on companies already provide, for example, when obtaining loans or selling of shares on European stock exchanges are required to provide reporting on the CO2.

There are examples of how Russian companies are trying to adapt to the new environmental reality. For example, in 2017, “RUSAL” has launched a climate neutral aluminium Allow, in 90% of the energy used in its production comes from renewable sources (mostly hydroelectric). It adds to his popularity among large buyers seeking to demonstrate concern about climate and the environment.

A number of other large Russian exporters already carry out risk assessments associated with the European “green course”. Oil, coal and gas companies try to measure the carbon footprint of their products. From the methods of its measurement will depend much upon the calculation of a carbon tax in the EU.

However, while all these steps seem very modest. In the near future the EU will adopt a climate law, which will serve as a legal basis for the introduction of a carbon tax on imports. Consultations with countries and exporters is about to begin. A compromise will not be easy — the initial positions of the parties are very far. While the EU plans to spend more than a trillion euros to rebuild the economy through green projects, the Russian government help to survive the crisis, the oil and gas sector, which means the preservation of a resource economy with large CO2 emissions.

The publication was prepared within the framework of the project “Russia — EU: developing a dialogue”, implemented with the support of the EU delegation to Russia 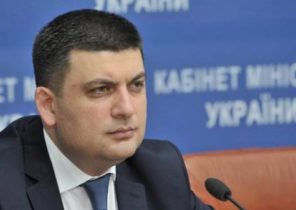