The Russian economy, “tempered” the fight against Western sanctions, shows an unexpected capacity for resistance against the impact of the pandemic coronavirus.

It’s finally July. In the business center of the metropolis of Tokyo, the streets were filled quickly hurrying on urgent cases of people in office clothes.

Because of the pandemic in the fashion industry I since the end of February this year, appeared in Moscow. However, the employees of financial holding companies and venture companies related to Russia, are not tired to work “on distance”. According to their stories, compiled on the basis of information received from their colleagues in Russia, after the removal of quarantine restrictions in the country and especially in Moscow, with a new force earned the service business, various services and catering.

As of July 1, Russia is 3rd in the world in the number of detected infections with the coronavirus after the United States and Brazil.

In connection with the introduction of the regime of self-isolation and quarantine undertaken in Russia since the end of March, the economic and business activity in the country was suspended for more than 2 months. Add to this occurred in March-April sharp drop in world oil prices.

And yet, as you can appreciate the negative impact that these events had on the Russian economy?

If you start with a lead part, then you can definitely say: it was not a blow of such power that probably would have readers.

There has been the most terrible: the fall in oil prices has not triggered a stop of Russia’s export of its hydrocarbons. Moreover, do not create a situation which would have forced Russia to give up part of their territories.

I will not go into unnecessary detail such notable political developments in Russia as a military parade on June 24 in honor of the 75th anniversary of the Victory over Germany on 1 July referendum on constitutional amendments. Here we focus on purely macroeconomic indicators of Russia.

First of all, we present the evaluation of the various governmental and financial institutions on the dynamics of Russia’s GDP in the next 2 years.

The name of the organization

The Central Bank of Russia

The Ministry of economic development

Pessimistic forecasts of the IMF (international monetary Fund) and OECD (Organisation for economic cooperation and development) for these traditional organizations. However, the government of the Russian companies are also looking at the prospects for this year very cautiously.

There is no doubt that the fall in world oil prices was the factor, which significantly slowed down economic development of Russia. At the fair the Ministry of economic development of Russia, the price of Urals oil is expected in 2020 to around 40 dollars per barrel, and in 2021 can grow up and be about 43.3 per dollar per barrel. It is clear that at this level of oil is the main driver of the Russian economy.

However, if we look at the macroeconomic indicators of Russia, demonstrated in the crisis period, associated with a coronavirus, crisis other years, we will see that the “crown-shock” proved to be the Russian economy not so is terrible.

Take a look at the table below.

A year of crisis

The dynamics of the ruble

Although Russia is often criticized that it is “sitting on the oil needle”, the above figures convincingly testify to the fact that it has other powerful production capacities, and also established times of crisis is quite advanced technologies (know-how) to overcome them.

The current crisis is another proof of that.

However, in June, as soon as economic activity in the country was partially restored, compared with April-may is expected to significantly increase positive momentum. It can almost negate previous losses.

Significant improvement in the economic situation in the country the report to President Putin on 9 June confirmed by none other than the President of the PJSC “Sberbank of Russia” German Gref (who often criticizes the government). He said: “Despite the difficult situation in Russian business, in June of this year, business activity in the country is recovering more rapidly compared to those that we expected. If judged according to our payment terminals installed in various commercial and banking point, in June the turnover from 25% from before the crisis, reached the level of 90% of nominal. In this regard, Sberbank of Russia has raised its estimate for GDP growth for 2020 with minus 6 — 7% to a minus of 4.2 — 4.5 %”.

It should be noted that Western European and American investors also noted the high stability of the Russian economy to the effects of the crown of the crisis.

June 10, UBS Group AG, the largest Swiss financial holding company, provides a wide range of financial services worldwide, including in Russia, published its latest report, which noted that important factors in the relative stability of the Russian ruble demonstrated in 2020, is the low level of inflation, balance of payment balance of the country and the government’s measures to stimulate the economy.

Inflation, i.e. consumer price index, affects the price of food products sold in Russian shops. One of the features of dynamics of change of this index is observed in the last few years a decline in prices for vegetable products. Part of the reason here is that as a result of Western sanctions on Russia have seriously increased the output of our own agricultural products and increased food security.

A particularly strong impetus for this given the sanctions imposed by Western countries in connection with accession of the Crimea by Russia in 2014. Severe import restrictions have forced Russian manufacturers to increase production of domestic food. As a result, Russia is currently turned into a powerful agricultural state.

Russia, until recently, had viscoplasticity the balance of payments. In 2019 surplus amounted to 64,6 billion dollars. Of course, the result of a global pandemic coronavirus and the fall in world demand and oil prices, this figure is likely to worsen. According to experts, Russia’s total account surplus could shrink by $ 10 billion.

However, that the balance of payments may become scarce, that is not the question.

There is an unexpected nuance of the implications of the coronavirus as the reduction by Russia of the volumes of its import. Moreover, due to the closure of flights in 2020, the Russian tourists spend abroad the enormous sums which they used to spend on foreign holidays and travel. All this money will remain in the country, enabling it to better survive the crisis.

Finally, measures of the Russian government to stimulate the economy of the country. In June of this year, the Russian government announced plans for the development of national projects in the period from July 2020 to December 2021. The total cost will amount to 5 trillion rubles. This is a very ambitious, eye-catching, our volumes among all the undertakings of Putin after his coming to power in 2000.

Where will Russia get the money? Even huge savings on the additional revenues of oil and gas complex, have been reported previously in the national welfare Fund is not enough for this. One way out — in new debt borrowings.

I would not be surprised if among my readers some invested in long-term official bonds Russian Federal loan, that is thus lend Russia money. And why not? Russia is now quite a decent sovereign investment rating at BBB-.

In fact, more than one third of Russian Federal loan bonds owned by foreign investors (in debt obligations of Japan by the end of December 2019 this share was only 7.8%). The vast majority of these investors are professional corporate clients. They are invested in Federal loan bonds of Russian, which yield, for example, with a maturity of 5 years is in 2020 of 5.17% per annum. There is no doubt that by performing this step, investors carefully weighed all the options, including the future of the Russian ruble. And many of them decide to “take”.

Before a nationwide vote on amendments to the Constitution, Putin announced two significant measures: alleviating the tax burden on domestic companies engaged in the development and implementation of high technology, and raising the income tax on individuals with high incomes with a 13% to 15%. Thus the President showed flexibility in national policy to stimulate the economy.

Experts believe that in the Arsenal of the Russian leadership are still a lot of effective measures to accelerate the economic development of the country. And now with the strengthening of the political position of Putin they will be actively implemented.

But the fact remains that in Russia among officials is still a lot of inertia, and economic legislation and practice a lot of “holes”.

Now, after popular vote, when Putin can realistically expect a further long stay in power, the eyes of many people both in Russia and in the world is chained to that, will he firmly hold the steering wheel of the country’s economy.

Yusuke Ootsubo is the General partner of the investment company UMJ (United Managers Japan Inc.). In 1989 he graduated from the prestigious Tokyo University. After graduation he worked at the Bank of Japan in positions of responsibility. In 1997-2000 — the 1st Secretary of the Embassy of Japan in Moscow, engaged in research and analysis of economic and financial information in Russia. In 2003 he held the position of head of the Department of foreign investments of major Japanese venture company, CSK Corp. Japan. Oversaw venture projects in the Silicon valley in the United States, Israel and Russia. Considered an authority on financial markets of emerging economies. Since 2007 he is Director of the foreign investment major investment and financial holding company United Managers Japan Inc. 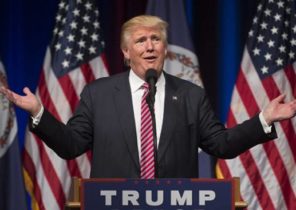