At first glance, the idea seems attractive. In order not to impose its own companies actions for climate protection, the EU intends in the future to impose a climate tax on imported goods. Just a few days ago German Chancellor Angela Merkel and French head of state Emmanuel macron once again strongly indicated that the proposed border carbon tax on imports should be introduced as soon as possible.

Supporters of this idea enough — especially in Europe. Because this measure will benefit not only the European climate balance, but also the European industry. But where there are winners there are always losers.

That means the tax climate for traditional suppliers of the EU? If you believe the consultants from the Boston Consulting Group (BCG), Russia may be among the most affected. This country due to its geographical proximity to Europe is its main energy supplier. 280 billion the EU spent in 2018 on the import of crude oil. A quarter of this number came from the Russian deposits. If the EU will raise in the future carbon tax on imports, which will be calculated depending on the carbon emissions in the production and transportation of oil to Europe, soon the situation may change. It is written in one of the latest analyses of BCG. It is expected that the tax will be 30 euros per ton of carbon. In this case, all oil suppliers in the amount will lose about a fifth of its margin.

The measure will hit harder than others, because the oil and gas production in Russia is associated with a particularly high carbon emissions. One barrel of oil produced in Russia, would release almost twice the amount of carbon than in Saudi Arabia. This difference is easy to explain: Russia is a fossil raw material lies much deeper in the ground than in the middle East, so its mining is associated with large costs than in the soft desert sand. As a result, the oil from Saudi Arabia will be taxed at 30-50 % less carbon tax than the Russian. Experts suggest that some chemical plants in Europe, may have to change suppliers.

The same situation is with the import steel. European automakers and engineering companies annually buy abroad rolling the steel at $ 20 billion. Still, this market was dominated by Chinese companies selling steel at the lowest prices. As well as in Russia and Ukraine, steel production in China is much more harmful to ecology than in Europe, Turkey or North America. If the cost of production will be included and a carbon tax on imports, the current sellers of cheap steel will quickly lose the advantage.

If they do not bring its production capacity into line with modern requirements, we may lose the share on the German market. Most wins European steel mills, which already produce steel much more environmentally friendly methods than their competitors.

As stated in the analysis of BCG, a border carbon tax will give European industry a chance to compete on equal terms with other producers. That’s the theory. But in practice, to the realization of the desires of Merkel and Macron are formidable. The European Commission has formally supported the project and expects its realization profit of 14 billion euros. But it is not yet clear how it will be a carbon tax. About it being a very heated discussion.

Outside the European Union initiative greeted without enthusiasm. It is true that in Brussels all the time, emphasize that you will find the mechanism that will not be challenged by the world trade organization. However, many trading partners Europe brand carbon tax as a pure protectionism and will to fight it. And to prevent a return of taxes and the emergence of poorly-reasoned exceptions, the supporters of the initiative have to spend long and hard work to convince the opponents of the idea. 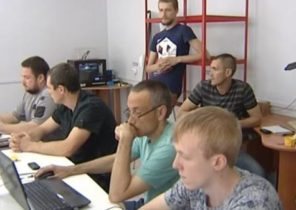