The statement of the head of the National Bank of Ukraine Yakov Smoliy about his resignation and the political pressure on him is a powerful signal not only to foreign partners of Ukraine, but also citizens of the country.

It is a signal that the time when we can speak about relative stability of the national currency comes to its end. That soon the hryvnia may become just pieces of paper, in your artwork and not in money. One of the last accomplishments 2014-2019, yet not destroyed after catastrophic for Ukraine’s presidential and parliamentary elections of 2019 will be destroyed.

The current government simply has no other choice but to run the printing press. Running out of money. If you do not start to print them, soon even the most loyal supporters of Vladimir Zelensky will notice that the king is naked. Notice in the bare refrigerator by the absence of pensions and wages — on all that was bound to happen after voting for Zelensky and only worsened from the outbreak and quarantine.

In addition, the launch of the printing press are interested oligarchs and their lobbyists surrounded by Zelensky. Because they just know — will be able to once again Rob the Ukrainians. To buy all cheap. And isn’t that why they were United in support Zelensky in 2019? Aren’t they “made us together”?

But if printing money is not going to be the answer for anyone. How many do not give the paper, instead of salaries and pensions — money she will not. A running machine is inflation, rising prices, the loss of goods. And all this at a time when Ukrainians are getting poorer every day, when the accumulated hryvnia is the only hope to live up to the new salary or a new job. And suddenly it all turns into dust! What power will be able to survive this? What is the instability comes after this? What the aggressor will resist the temptation to grab another piece of Ukrainian territory? If the government starts to print money, it can destroy not only herself, but also the state.

Western partners of Ukraine understand this. “The independence of the NBU is located in the centre of the IMF-supported programme, and this independence must be ensured and the successor to the head of” Bank — said the IMF representative Jerry rice. Ambassadors of the group of seven noted that the loss of independence of the NBU will jeopardize the reliability of the reforms in Ukraine and their support. Translated from diplomatic language this means that the money will not be. At all. The IMF money in particular.

And default. Which only added to inflation, higher prices, loss of goods. Only to an even greater extent will reduce the purchasing power of Ukrainians. Only even more finish off the Ukrainian economy.

A few days ago I was sure that this whole nightmare will happen in the fall.

But I think it could happen in the summer. 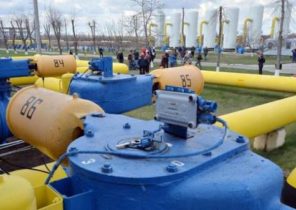