GDP in April-June will fall by 10-12%, of respondents expect Liga.net analysts. Fall is better, but too bad. The main fear is Ukraine can expect a second wave of disease, and that means another quarantine.

As the Ukrainian economy suffered in the first half of 2020, and what to expect from the second half of the year? Chronicles drop — in parsing LIGA.net.

A very bad April. As the quarantine topple the Ukrainian economy

“Uncertainty” is one of the main terms from the dictionary of economists in 2020.

But with the removal of quarantine restrictions clarity became more. The peak of fall we have already passed: in April, tumbled almost all the major sectors of the Ukrainian economy. The total fall in GDP this month will be 12% predict investment in the ICU.

Affected almost all the sectors: according to the NBU, the index of industrial production in April accelerated to 16.4% from 6.3% in March.

According to statistics from the state statistics service, in January-April twice decreased production in the mining industry, one-third in some military enterprises (weapons and ammunition, shipbuilding), as well as winemakers. 25-30% of production lost companies producing building materials: concrete, steel, brick. Metallurgy dipped to an average of 15%.

The only sectors that were able to use the quarantine and to slightly increase production — agro, tobacco and medicine/pharmaceuticals.

Because of the quarantine in April almost never worked companies: NBU recorded a drop of 95.8% compared to April 2019. Freight transport is also greatly subsided (-23%), is the result of the decline in exports and especially of imports, which fell by 6 and 23.5%, respectively.

In may, the trade began to recover in the first half of may, the car importers, importers of home appliances and foods bought in 1,5-2 times more currency than in April, said in an interview Liga.net Deputy head of the NBU Dmitry Sologub.

Summer will gradually improve and the unemployment situation, according to the national Bank. As of the end of April in Ukraine there were about half a million official unemployed. According to the NBU, at the peak of unemployment will reach 12%, the third quarter figure will drop to 10% and return to pre-crisis levels in late 2020 — early 2021. Most affected by the quarantine industry is trying to come back to life: if in March-April the number of new vacancies in the hotel and restaurant business has fallen by almost 60%, in may — by 40-50%. The situation is similar in the retail trade. Also recovering demand in the working field.

Because of the lockdown in April, has worsened the budget problems: the plan of revenues from taxes and customs duties have not been fulfilled by 26.1%. The situation was similar in January, but then the state tax service paid a half times more VAT refunds (repay debt for the October-December 2019) than in April.

In may, the situation has improved significantly plan even exceeded (the period of payment of the profit tax for the 1st quarter of the year).

Quarantine had positive side effects: “due to” the shutdown of several sectors of the economy (that is, the actual lack of imports) in April and may calm down the situation on the currency market demand for foreign currency on the market. After the March collapse from 25 to 28 UAH/ USD, the hryvnia has strengthened and stabilized at the level of 27 UAH/$. Respondents LIGA.net the bankers, the financiers call this level the benchmark in the coming weeks.

The collapse of the big 2020. What will happen to the economy in the second half

Respondents Liga.net economists of the largest Ukrainian investment companies and banks expect that in the second quarter of 2020, the Ukrainian economy will fall by 10-12%. The mean value of the results of a survey of five analysts — minus 11%.

In the red pass and the entire 2020. According to the chief economist of Dragon Capital Elena Belan, in the third quarter GDP will fall by 8%, the fourth 6% compared to the same periods in 2019. The head of the Department of macroeconomic research ICU Sergey Nikolaichuk expects, respectively, minus 9% and 4%.

Economists point out several difficulties that will hinder the rapid recovery of Ukraine after the crisis.

Sources of growth there. Quarantine has struck almost all sectors of the economy, as evidenced by a simultaneous contraction of both external and internal trade. The sectors that operate in the domestic market will depend on the behavior of consumers, and their income can severely damaged, says the analyst of Concorde Capital Eugene Ahtyrka. “The businesses that cater to the foreign market, will depend on how quickly you will recover the economy of the trading partners of Ukraine”, — she adds.

Even before the crisis — in the first quarter of 2020 — a drop was recorded in all three segments of the real sector: industry (-5,1%), construction (-5,5%) and agriculture (-1,8%), like the head of Department on work with investors of the Bank Credit Dnepr Andrey Prikhodko.

“The situation in the real sector will only worsen in the second quarter, in addition dramatically reduced the pace of retail trade, which in the first quarter was still in the black, he predicts. — Also falls significantly, the transfers of workers”.

The world will collapse stronger than Ukraine. The recovery in international trade will not be quick, said the Deputy Director of the Center for economic strategy Mary Repko. This is a big problem for Ukraine, since the share of exports in our GDP is around 45%.

The most alarming signals delivers the European Union is an important trade partner of Ukraine and the main source of remittances from migrant workers indicates Prikhodko from the Bank Credit Dnepr. “According to the ECB, the European economy will start to recover only in 2021, he says. — Eurozone GDP in 2020 could be reduced by 5-12%”.

The second wave of the pandemic. Three of the six respondents Liga.net economists bluntly pointed out that the second wave of pandemic and respectively of the quarantine restrictions in 2020 — one of the likely scenarios that they take into account in their forecasts.

“The second wave of the pandemic in the second half is discussed as an inevitability, says Mr Ahtyrka of Capital. — A lot will depend on what lessons the government will extract from the first wave in terms of the effectiveness of quarantine measures.”

To mitigate the negative effect in this case, the model of adaptive quarantine to which Ukraine has moved to the end of may, said Repko of TSES. “If the businesses will be released from quarantine without complying with sanitary norms and the spread of the virus faster, the quarantine may again be tightened, she said. Thanks to the strategy of adaptive quarantine it will happen across the country, and in some areas, but nevertheless will be a negative.”

Coronaries and possible second wave of the pandemic (albeit with a softer quarantine) will be taken away from the Ukrainian economy two years of life: the return of GDP to pre-crisis level possible to expect only in 2022, says Belan, of Dragon Capital.

“The most apt analogy for the post-crisis dynamics — a mirrored square root — she said. — Because of social distancing, some sectors will not recover. These include restaurants, hotels, passenger transport, entertainment, etc.”.

“Ukraine will not be exact to recover at a faster pace compared to other European countries, — said Prikhodko from the Bank Credit Dnepr. — Especially since we have far fewer opportunities to support their economy.” 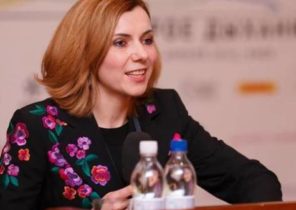