The British medical journal The Lancet published on 2 June warning posted by him on may 22 article. A rare move that often heralds the destruction of the material. In the mentioned study it was argued on the basis of 96 000 electronic medical records of patients with covid-19, that the use of chloroquine or hydroxychloroquine in combination with antibiotics or without experience higher mortality and arrhythmia.

“There is significant scientific questions about the data that was presented in the article of Mendip Mehra and his co-authors — said in a press release from the journal. — Although not related to Surgisphere (used data collected by the American company — approx.ed.) the authors commissioned an independent verification of the origin and validity of information, the results of which must be received in the near future, we will publish a notice to inform readers about serious scientific questions that have been brought to our attention. We will update this message as soon as we have more information”. The New England Journal of Medicine also published 2 Jun warning about the article, which was published by one of these professionals may 1.

Three days after publication of the article, who suspended the treatment of patients with hydroxychloroquine in their international clinical trials Solidarity, to analyze the data and to find possible indications of the toxicity of the drug. In the British research Recovery anything like that were detected, and therapy with hydroxychloroquine was continued.

After the article in The Lancet, Minister of health of France, Olivier Veran turned for advice to the High Council on public health, who said about the undesirability of the use of hydroxychloroquine in the hospital relying on other works and potential side effects of the drug for the cardiovascular system.

16 clinical trials under the auspices of the National Agency for the safety of medicines is also stopped taking patients in the group receiving hydroxychloroquine, although it was trapped in them, people can continue treatment. Security Committee the most ambitious of them, the Discovery, which was launched by the National Institute of health and medical research, must hold a June 3 meeting to analyze the data.

Warning The Lancet was a response to the numerous critical reviews on a study of Mendip Mehra and his colleagues. The French infectious diseases Didier Raoult called it “pathetic” and pointed to several inconsistencies in the data.

The British magazine has already published the clarification of the recognition errors with incorrectly assigned Australia information on victims from covid-19 and table data. However, this was a response to only part of the criticism which was voiced in an open letter 120 experts: they demanded in particular to provide them with access to the data, to be able to perform them, and even to verify their authenticity (some have expressed doubts about her).

Located in American Illinois company Surgisphere (she says that she has collected 96,000 histories in the “671 the hospital on six continents”) and its founder Sapan Desai become the main object of questions: on Twitter, there was even a hashtag LancetGate. Many epidemiologists doubt that a small organization can be such an impressive number of hospitals around the world, and that she could obtain the necessary permission to use the data (if it happened without the consent of patients, this approach becomes an additional cause for concern).

Summary Sapana Desai and his staff were examined under the microscope in social networks. The journal The Scientist noted that in Illinois against the surgeon and the founder of the company was prosecuted on charges of negligent medical practice. The investigation was “unsubstantiated” was told in the press service. The question was raised and received funds. In response to criticism in Surgisphere announced the engagement of an independent academic audit for the re-analysis of data that can’t be published for legal reasons.

In posted online the 2 Jun video Didier Raoul, the chief French advocate of the treatment with hydroxychloroquine and azithromycin, called the authors “criminals”. Not the best opinion he and the editors who checked the article before publishing, as well as those who just did not see the inconsistency of work.

American statistician Andrew Gelman of Columbia University recalls that in 2015, he The Lancet published a comment that, “perhaps half of what is published in the scientific literature, is simply wrong.” The author of the article was the current editor-in-chief Richard Horton. What more irony, two years ago, myself Sapan Desai signed the article with a call to fight fraud in medical research. A few days ago he was praised on Twitter the rigor of the editorial of the Lancet.

The most important question

Whether the publication is eventually forced to delete the article (that is to declare the failure of its results) and to recognize the gaps in its work on the selection and confirmation of the results of medical research? It is required by many observers.

This question is of great importance for the famed publication, which has to work in extremely dynamic and competitive environment. So, between the publication in 1998 of a fraudulent article by Andrew Wakefield on the link between vaccination and autism and its removal in 2010, it has been 12 years. This delay left an indelible mark on the reputation of the British magazine. 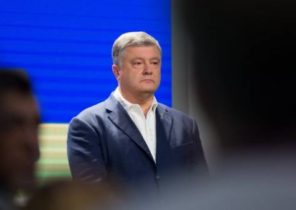