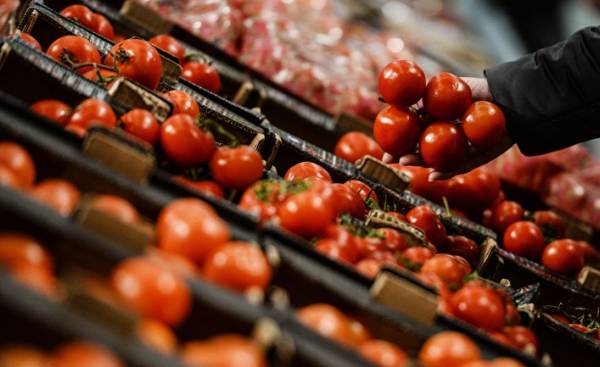 During the telephone talks, which Prime Minister Recep yıldırım (Yıldırım) held with the Prime Minister of Russia Medvedev, the Russian Prime Minister announced that he had signed a decree authorizing the export of some Turkish agricultural products to Russia.

The Chairman of the Mediterranean Union of exporters of fresh fruits and vegetables Ali Kavak (Kavak Ali) in the answers to the questions Hürriyet.com.tr said: “From Russia came some information about the lifting of restrictions in respect of agricultural products. But any official information about what goods removed the ban, we have not yet received. We contacted the Ministry of economy. They also have no official information. Currently, among the prohibited types of tomatoes, grapes, strawberries, squash, pomegranate.

These types of products accounts for 50% of export of fresh vegetables and fruits to Russia. And if the ban is lifted in relation to tomatoes, producers and exporters will be very happy. This is one of the most important articles of our exports. I don’t think if the tomatoes will once again become an export commodity, this will be reflected in domestic prices. Because when such a big market like Russia stopped buying our goods, the producers stopped producing. Out of fear that you will not be able to sell their products. If I say, that the ban is officially removed, the farmers abandon the production of tomatoes, again increasing capacity. And the prices in the domestic market is reflected positively.”

The Russian embargo, the most hit producers of tomatoes

Tomatoes — one of the most important agricultural products of Turkey. The contribution of one product in the economy of the country is 12,671 billion lire. The share of tomatoes in total crop production of Turkey at 10%. And share in vegetable production — about 40%. In Turkey, in total, produced 11.8 million tons of tomatoes. This constitutes 6.9% of global production. To export tomatoes Turkey in fourth place in the world.

Tomatoes are an important article of export

Our share in world exports of tomatoes at the level of 4.5%. 62% of the total vegetable export Turkey exports tomatoes.

The sanctions imposed by Russia against Turkish agricultural products in early 2016, is most influenced by producers of tomatoes. Although in the period of 2015-2016 years, the export of tomatoes with the exception of Russia increased from 106.5 million to 239.9 million dollars, the volume of export taking into account Russia fell from $ 365,3 million to 239.9 million dollars. Exports were reoriented to other countries, mainly Iraq, Belarus, Georgia and Saudi Arabia.

The export of citrus was adjusted

In January 2017, after a partial lifting of the embargo, the income from the export of fresh vegetables and fruits in volume 74 of 109 tons increased to 37,831 million dollars. Exports to Russia in January this year increased in volume 366,6%, and cost — 246,6%. This increase came after Russia lifted the embargo on oranges and mandarins. Although peaches and plums restrictions were also removed, yet it is not reflected in the numbers as the season of harvest has not yet arrived. In January of this year, citrus was the volume of 99.1% of exports of fresh vegetables and fruit to Russia, but at a cost which is 98.7%.