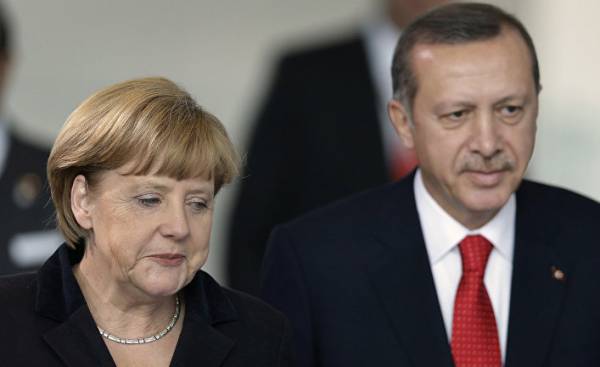 Sneaky comparison with the Nazis is a political classic that usually ends bad for someone who uses it. Nevertheless, it is still used by those who have run out of arguments. They believe they have only a provocation. A method of countering simple and complex at the same time not to succumb to provocations.

It is this political struggle now going on between the President of Turkey Recep Tayyip Erdogan and the government of Germany.

The Nazi comparison Erdogan at the weekend, Angela Merkel has reacted cautiously. “Such inappropriate statements can’t even comment seriously,” said the Chancellor. They disqualifiziert themselves as downplay the crimes of the Nazis.

One-zero in favor of Merkel.

Here only it does not solve the dispute about the performance or the Turkish Minister Erdogan in Germany. Now scheduled for Tuesday, Minister of foreign Affairs of Turkey Cavusoglu in Hamburg is prohibited. Insufficient fire protection, motivated the decision with the competent regional authorities in Hamburg.

The representatives of Ankara are competing for the votes of 1.4 million people living in Germany who should vote in the referendum in April. We are talking about the transformation of the state in the autocracy of Erdogan. But majority of the President does not, moreover, according to the survey, a third of voters rejected the reforms of his party, the AKP. Therefore, it is likely attacks on Germany.

So he tries to create the image of the enemy, provoke a response and thus get the support of the Turkish voters.

Intentions of Erdogan is quite clear, but that does not help. This can be seen on Monday at a meeting of the Board of the CDU with Merkel. Participants later called the contentious debate over the struggle between the mind and the stomach, between sharp response and a cool mind.

Have they left those German municipalities that have banned the speech of the Minister of Turkey because of security reasons? Now what if Erdogan will announce his visit — which, according to the Ministry of foreign Affairs, has never been? And don’t you need to respond to the growing outrage within the party?

According to the participants, Merkel also “emphatically” rejected the comparison of Erdogan. However, she insisted that prohibitions on speech to Turkish politicians do not make sense. They only aggravate tensions in German-Turkish relations.

Deputy Chairman of the CDU Julia klöckner (Julia Klöckner) said that it is unreasonable to give “the opportunity to present yourself as a Martyr.” “Our democracy preserves freedom of opinion, Erdogan can come, but he’s not welcome here”. But if “in our territory” he will call for the death penalty and to repeat the comparison with the Nazis, “we should ban political speech in Germany.”

Through a representative government, Merkel said that now is not work on “any prohibitions on entry”. And later she repeated it to herself. The performances of the members of the Turkish government in Germany “is possible in the framework of rights and laws that apply to us, if the statements would be properly, promptly and openly declared and approved”.

“It’s interesting to see what will be the answer”

On Monday, Merkel again called on his party to keep a low profile. It is a desperate undertaking, considering the beginning of the campaign in Germany. Deputy Chairman of the SPD and Minister of foreign Affairs, Sigmar Gabriel (Sigmar Gabriel) on Monday also agreed with Merkel, he spoke of the principle of freedom of expression. In the past, Erdogan has often made speeches in Germany, Gabriel said on the sidelines of the meeting of foreign Ministers in Brussels. However, we cannot allow the events were dominated by emotions, and security was threatened.

The idea of the Chancellor of Austria Mr. Christian Kern (Christian Kern) banning the promotion of Turkish politicians in all EU countries, has not found support in Germany. But in this issue of the social-Democrat do not support even the coalition partners of the ANP.

There remains the proposal of the leader of the “Green” Chema of Ozdemir (Cem Özdemir) on the performance of the German politicians in Turkey. “I would be willing to go there and arrange a meeting if Ankara ensures my safety,” said Ozdemir ARD. “It’s interesting to see what would be the answer.”

Of course, Ozdemir has long been in the mode of the election campaign. But, nevertheless, it is a good idea. 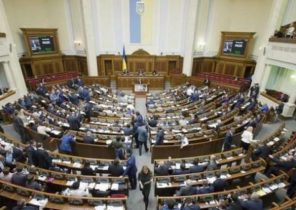 Not all training is equally useful: how to distinguish a good business coach from fraud