More than 223 thousand patients have recovered

The number of deaths the disease caused by coronavirus in Brazil has exceeded 30 thousand. This is evidenced by official statistics.

Over the past day registered a record number of deaths due to the infection — 1 262, the total number has grown to 31 199. Reasons 4.3 thousand deaths, which presumably can also be associated with the infection are being investigated. More than 223 thousand patients have recovered. A focus of infection in the country are the South-Eastern state of Sao Paulo and the capital, in the Metropolitan area with a population of over 21 million people. In the region there are more than 118 thousand infected and almost 8 thousand deaths. The second was the number of infected neighboring Rio de Janeiro (over 56.7 thousand infected people), where the coronavirus has died 5 686. The third was the North-Eastern state of ceará (more than 53 thousand infected and 3 421 deceased).

Brazil, where the first case of infection with the novel coronavirus was confirmed on February 26, ranked second in the list of countries with the highest number of infected people, second only to the United States. The number of deaths from coronavirus infection of the South American Republic is on the fourth line in the world after USA, UK and Italy.

Earlier it was reported that Brazil overtook Russia by number of patients COVID-19. 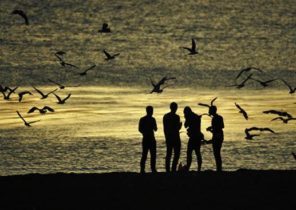