Senate majority leader Republican Mitch McConnell blocked a resolution Democrats condemning the President of the United States Donald trump for the suppression of the protests near the White house.

“Do they (the senators – Ed.) application of President of tear gas against people, including families, who were peacefully protesting in a public Park?”, asked Schumer.

The resolution condemns trump because he “ordered Federal officers to use gas and rubber bullets against the Americans, who were peacefully protesting at Lafayette square in Washington on the night of June 1, 2020, thereby violating the constitutional rights of protesters.”

Trump previously called on state governors to restore order in their territory, using the required number of members of the National guard.

“If the city or state refuses to adopt the measures necessary to protect people’s lives and their homes and property, I quickly they solve the problem by sending military”, – stated the President of the United States.

In recent days, in the US there is no end to the protests and riotstriggered by the death of the fault of the police African American during the arrest in Minneapolis. 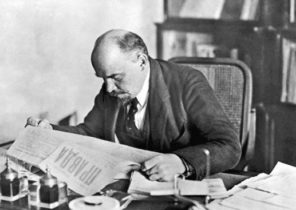