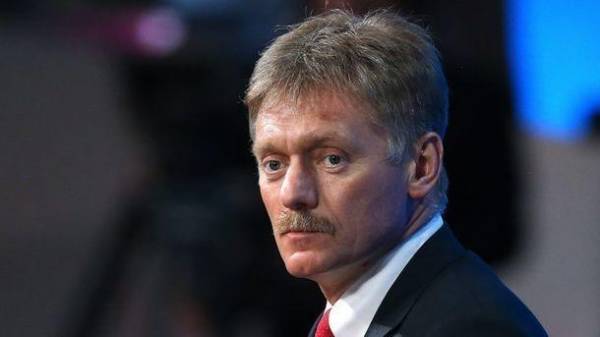 Accusations against Russian authorities of involvement in the cyber attacks on the headquarters of the movement “On the March”, the candidate in presidents of France from which is Emmanuel macron, are absurd. This was stated press Secretary of the President of Russia Dmitry Peskov

Peskov reminded that the same position is adhered to the Kremlin in connection with allegations sounded from Washington. “We had and have no intention to interfere in the internal Affairs of other countries, especially in their electoral processes, he stressed. Never official Moscow was not engaged, is not going to do in the future and is not going to put up with symptoms when someone tries to interfere in our own Affairs from outside.”

According to Ferrand, the macron was the target of attacks from the outside because he “supports a strong Europe, a Europe that demonstrates its power, including the face of Russia, while the other candidates are much more friendly position towards Russia”.

Previously, the newspaper Le Temps wrote that bitter hardships suffered by the candidate in presidents of France Francois Fillon of the right-wing, Pro-Kremlin media are returned to the leader “National front” marine Le Pen, his original favorite for the French presidential election.

Basic attacks Kremlin media today, as noted, is directed to another leader in the presidential race of Emmanuel Macron.

So, Le Pen won the first round, gaining 26% of the electorate, macron will become the second 22% and third place will be Francois Fillon, who has previously avoided the Macron, however, his rating fell to 21% amid the scandal.

In the second round, Le Pen would have received 37% of votes, while the Macron is ready to vote 63% of voters.