The early problems was the decision of one of the Ukrainian courts in the case of the former Prosecutor General Viktor Shokin against Biden. In this case, the additional judge’s decision the accused was declared personally by the former Vice-President and current presidential candidate Joe Biden.

In itself, this decision could adversely affect the relationship of our two countries, but later events moved to a new level and began to develop quite rapidly.

On Tuesday, the nineteenth of may, the people’s Deputy of Ukraine Andriy Derkach released tapes of conversations of Biden and the former President of Ukraine Petro Poroshenko.

In fact, Derkach has long insisted on the need to investigate Biden on Ukraine and even the creation of a special Commission for this purpose. Such events occurred for some time, but the press conference with the unveiling of the films became a new stage in the escalation process.

No separate decision of the court in a particular case, no statement of one of the MP have not created in themselves a threat to the relations between Ukraine and the USA. The threat became explicit when the events the next day, the twentieth of may, said at its press conference, the President of Ukraine Volodymyr Zelensky.

Journalists naturally wanted to hear his comments on recent events. The President spoke in this spirit that it is not surprising that there might be “calls” conversations, which we later find out, and that this case should be considered.

The focus in his comments concerned a former Ukrainian President.

But, there is a logical impression that Zelensky approvingly refers to the consideration of the role of Biden.

Since then, we have not heard further explanations from the Office of the President, therefore, must start from the press conference.

Moreover, Zelensky made the assumption of misconduct on the part of the current candidate for the US presidency, is a problem for bilateral relations and can lead to their deterioration.

So, what was it? Emerges a few major versions. The first is that Zelensky quite deliberately cast a shadow on Biden. If so, then the question arises: why? Here appears the problem with the search for possible convincing answers. One of the dominant is a possible attempt by Zelensky to please the President Trump, weakening his opponent. If so, it is not clear whether we are talking about the expectations of any short-term, situational preferences on the part of trump or the possibility to have a good relationship with him in case he wins the election in November. In any case, such assumptions, if they do have place look very naive, but more on that later.

The second version is that Zelensky has put bilateral relations under the threat of an accident. In other words, he did not mean that his statements would be considered as something harmful and Biden will be able to affect relations with the United States. As has been said, to Zelensky the main object of attack was and remains Poroshenko. But this in itself is strange, given that for a year he is President and has a fairly unprecedented power in the context of modern Ukrainian history.

And this, incidentally, brings him with a trump that all the time, even in the fourth year of his presidency, accuses his predecessor of Barack Obama in all mortal sins.

So, this version is based on the assumption that Zelensky said all this misunderstanding, he did not think that it will go beyond within the Ukrainian political showdown.

From the second version follows another specific Subversion: Zelensky were in a specially prepared trap. And Subversion looks pretty convincing.

If it really was a trap, then who set it?

In the Ukraine, and not only that, quite often talking about “hand of Moscow”. This is often done even when the reasons do not exist, sometimes it’s even slightly simplifies the discussion of the situation in the country. But in this case the reasons are.

First of all, it is still unclear the origin of the films.

But the main question is how this can be beneficial to the following: to strike simultaneously at the past and current presidents of Ukraine, to expose both the U.S. and Ukraine in a bad light, again to emphasize the “interference” of Washington in Ukrainian Affairs and “nedosvechennye” of Ukraine, to undermine trust and cooperation between Ukraine and the United States?

That is why the twentieth of may can be the beginning of the suspension of the Ukrainian authorities from the approach of the so-called “Baidarata”, which was considered optimal for Kiev: maximum distance from the inter-political disputes, electoral process, without taking a position of any of the parties.

This approach was based on the consensus of experts on both sides of the ocean. To save it in the last months I worked a lot Ukrainian diplomacy.

Moreover, the Zelensky also like to understand the benefits of this approach and put a lot of effort to save it.

That is why, as already mentioned, the Ukrainian President is not too late to adjust your position, to explain what he meant, and to prevent the relapse into American business.

Who will suffer the most?

What does all this mean in the context of American electoral situation? From the time of the hearings in the U.S. Congress for the impeachment of the President Trump the White house has very carefully acted on “the Ukrainian direction”. To the actions of trump focused attention of the opposition and the press, and even a large part of his own administration. He realizes that he cannot be personally involved in the promotion of a new round of “Baidarata”.

A top team of trump, which was involved in the pressure on Kiev in 2019, “lit”, some resigned, and someone is under investigation. But this does not mean that the temptation to cast aspersions on the actions of Biden in Ukraine, disappeared. In conditions when the epidemic of coronavirus has only increased the gap between Biden and trump is not in favor of the latter, all means are used to fight against the democratic candidate.

Therefore, the topic of Ukraine and Biden comes alive again in petranovskaya discourse and seeps into politics. Moreover, the current intensification of this story may not occur under the direct supervision and control of the White house, and at the initiative of the allies trump in the United States and certain players in the Ukraine (without podygryvanii which this story could be a long time to fully subside).

Regarding allies of the President trump in the US, it is necessary to pay attention to the actions of the Chairman of the Committee on homeland security and government control of the U.S. Senate Ron Johnson.

Senator Johnson has positioned himself as a friend of Ukraine, it is often our guest, but, unfortunately, his actions and sayings sometimes contribute to a negative image of our country, in particular the vision of her as terminally corrupt.

This time he decided to open the consideration of the case of hunter Biden and “Burimi” in his Committee. Of such intention, he has stated for a long time, but it is interesting that the opening of the trial coincided with the dramatic events in Kiev.

Active participants in this case on both sides of the Atlantic, it is clear that this compromising of the negative on Biden, they will not find because there simply is no “crime”. But we are not talking about it.

We are talking about the denigration of the image of Biden. Talking about what Americans call “optics”: this story needs to look like Biden something is at fault here. “There is no smoke without fire”, and therefore, if there is a scandal, then there must be a reason.

Therefore, the information that Ukrainians reveal some criminal proceedings and even the President supports this, logically falls to the canvas of the unwinding of a new phase of this case.

In the end, it is not much harm Joe Biden. Against it is now used a lot of lines of attack, and “Ukrainian” among them is not a priority. The Democrats decided a long time about this, as supporters of the trump.

With respect to the independent voters, there are indications that this story is they got tired. In any case, the Americans ‘ attention is now focused on the epidemic of the coronavirus and its impact on the economy. But for Ukrainian-American relations, the recent events may have a negative value. They spoil the trust between the parties.

The first step in this direction was made by the White house, but this time it can do it Kiev. This happens against the background of what is now support of Ukraine in the USA is stable. Moreover, we still need this support. But this could all change, provided that Kiev will begin to play this dangerous game. 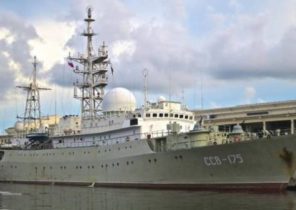