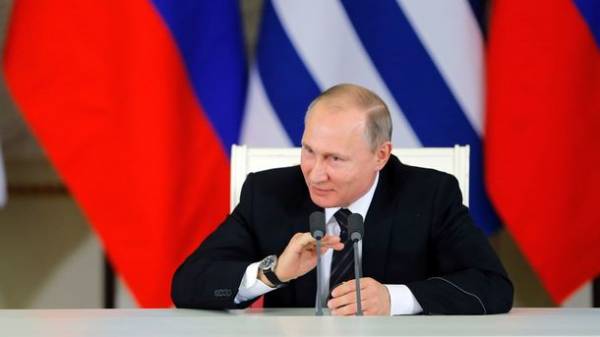 Former U.S. Ambassador to Russia and former Prime Minister of Canada has ridiculed the statement of Russian President Vladimir Putin that Russia “never interfere in the political life” of other countries, – 24 TV Channel.

Former U.S. Ambassador to Russia Michael McFaul is quoted Putin, addressing to the Ukrainians. He wrote about this in his Twitter.

“Dear Ukrainians, Putin said: “We never interfere in political life and political processes of other countries”, — stated in the message.

Dear Ukrainians, Putin said “We never interfere in the political life and the political processes of other countries.” https://t.co/120mXVb9hm

“He (Putin. — “24”) does not accept the fact that Ukraine is an independent country! Wants to revive the USSR!” — she wrote.

We will remind, on may 2 in Sochi was held a meeting of German Chancellor Angela Merkel and Russian President Vladimir Putin. The meeting also discussed the settlement of the military conflict in the Donbass.