The body of Valery Davydenko found in his Kyiv office

About this tragedy, the network said one of the colleagues of the deceased MP Ilya Kiva, and later information confirmed the Deputy head of the interior Ministry Anton Gerashchenko.

“Just in the office of the people’s Deputy Valeriy Davydenko N. discovered his corpse with a gunshot wound. The circumstances are clarified,” – said Kiva.

In turn, Anton Gerashchenko said that the victim found in the office toilet.

“In Kiev in a private office in the toilet was found the body of a people’s Deputy Valeriy Davydenko with a fatal gunshot wound to the head”, – he wrote.

Deputy interior Minister noted that the scene works investigative team of the police, which finds out circumstances of death of the Deputy elected in the Chernihiv region.

Davydenko was a people’s Deputy of the Verkhovna Rada of the eighth and ninth convocations. As a non-partisan independent candidate in the elections of 2019, he was chosen out of 208 districts in the Chernihiv region. In December, he entered into Deputy group “Trust”, served on the Committee for economic development.

Yesterday, may 22, died the ex-Deputy of the Verkhovna Rada Anatoliy Matvienko.

In 2004 he was the head of the Kharkiv regional election headquarters of Viktor Yushchenko. After I was Chairman of the Council of Ministers of Crimea, Deputy head of the presidential Secretariat of Ukraine.

25 Dec 2018 Anatoly Matvienko was included in the list of Ukrainian individuals, against which the Russian government imposed sanctions.

We will remind, in October of 2018 has died eks-the Deputy of the Verkhovna Rada of the V-VII convocations, the former head of the Nikolaev regional organization “Batkivshchyna” Roman Zabzalyuk. 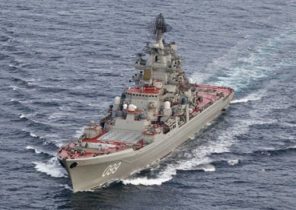