Especially for the Day shirts and birthday of the founder of Ukrainian rock singer, songwriter, band leader “Vopl Deplasa” Oleg Skrypka sang in English and introduced a new look for the song “Two colors”.

“Two colors” – the cult Ukrainian song, which was written in 1964, the same year when he was born Oleg Skrypka. The string “the red is for love and black is for sadness” authorship of the great Songbook of Dmytro Pavlychko known in Ukraine and far beyond its borders. 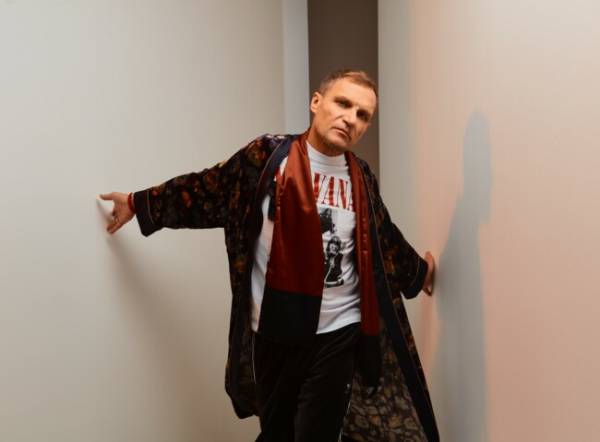 Oleg Skrypka believes that this landmark work for the Ukrainian people, but the values enshrined in it, the Ukrainians unite with the people of the whole world. Love for his mother, his home, a difficult way of life – a concept known to all. So Oleg decided to make the brilliant line clear for the people of all countries.

Day shirts today became a worldwide event, many cities in the world outside of Ukraine support this wonderful holiday. Now, you can say, this international holiday has its own anthem. And the song got a modern sound, because it will unite more people of different generations.

And on the Day of embroidery, may 21 held an exclusive premiere of Two colors abroad on radio in USA, UK and Australia.

Listen to the song of Oleg Violin – Two colors online:

Earlier we wrote about foreign films, in which characters wore a Ukrainian embroidered shirt.