In the early years of the cold war and American and Soviet military planners assumed that the next European war would be nuclear from the first shot. Strategic thought proceeded from a simple logic: if the US and the USSR had nukes — why not use them?

Based on this assumption, there have been many interesting models of military equipment — not only tanks, but also the first turbojet aircraft, flying objects in turbopropeller engines, etc. All they intended in order not to leave his side, unarmed in the first hours of a nuclear conflict, when, as suggested by military planners, one of the first objectives to be destroyed by the enemy will be the airfields. As well as these planes, the Object 279 was constructed, in which case he would have been one of the few objects recovered at the site of a nuclear explosion.

Object 279 was a heavy tank with some unique characteristics, and it was intended not for the mountains, but rather to the plains, where he could act even in the face of the Russian spring thaw. Specially for action in these circumstances, the creators gave his car, not two, but four caterpillar-track. The goal is to reduce the pressure on the soil and to make it so that the tank has not failed. The tracks correspond to two hydropneumatic suspension attached between the treads and body of the machine.

These hydro-pneumatic suspension was empty and could be used for fuel storage, giving the Object 279 is a good range of despite the large engine and is quite a decent weight of this tank from the category of heavy. The engine was also just a beast diesel 1000 horsepower. This allowed the tank to accelerate to 35 mph (55 kph).

The main gun of the Object 279 was very large, with a caliber of 130 millimeters. Although it was designerului in the 1950s, this gun would be considered large even by today’s standards. For comparison, the American M-1 tank (Abrams) has a 120-millimeter gun.

But what is truly unique about the Object 279 is armor. She had double duty — it had to be done and able to withstand contact with anti-tank missiles, and nuclear explosions. So that was the Object 279 is very similar to a flying saucer. He was big, but not high building in the shape of a disk, narrowing downwards. The thickness of the armor block was different in different places, but at the maximum it reached a stunning 270 mm.

The weight of the Object 279 was designed in order to prevent the tank to be turned upside down and destroyed by a blast wave from a nuclear explosion, but becomes narrower to the bottom disc-shaped housing forced the tank to cling firmly to the ground. Tower Object 279 was more secure housing, she was 320 mm steel protection.

Destroyed Object 279 is not afraid of battle, and changes in the doctrine of warfare. As soon as the cold war developed, the American and Soviet planners have changed their ideas about the course of nuclear conflict. They gradually came to the conclusion that the first shots of the next war in Europe will not be nuclear weapons, as was assumed earlier, first speak volleys of conventional arms. The second reason of “death before birth” Object 279 — change in the doctrine’s armor. Instead of a patchwork of light, medium and heavy tanks strategists moved on to the idea of “universal” tank. Won the so-called concept of the Main tank. The Object 279 is no more a niche in the strategic plans, which he might fill.

Caleb Larson (Caleb Larson) — a journalist of The National Interest, specializing in defense issues. His interests are security issues in relations between Russia and the United States, as well as German domestic and foreign policy. 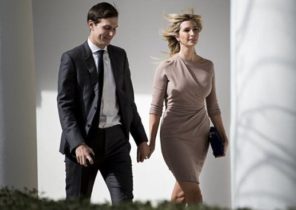