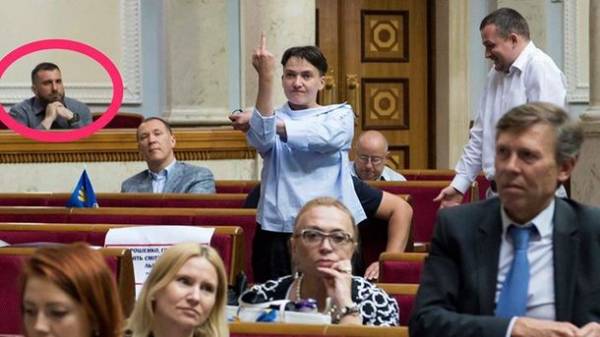 The people’s Deputy Nadezhda Savchenko during today’s meeting of Parliament showed the middle finger in the session hall.

For what reason and to whom the MP has shown an obscene gesture, is unknown. This moment was recorded by photographer Reuters.

In addition, in social networks noted the unusual appearance Savchenko: today in Parliament it came in a romantic way – wearing blouse, exposing one shoulder.