The Cabinet adopted a resolution on the distribution of funds

After Parliament decided not to cut support for farmers, the Cabinet of Ministers changed the order of use of funds of the state budget, which is directed to the provision of credit for farmers. This was reported by the press service of the government.

“The resolution will help to expand the circle of subjects of AIC and will create equal access for such entities to receive state support for banks involved in loans. In support of the farmers provided funds in the amount of 1.2 billion UAH”, – stated in the message.

In particular, program participants will be the subjects of farming, dealing with all types of agricultural activities. Before deciding access could be obtained only by those who are engaged in farming or has net income from product sales to 20 million UAH per year.

However, some limitations remain. One company will not be able to get more than 5 million hryvnia. For those who are involved in animal husbandry, the limit will be higher – 15 million hryvnia.

Recall that in Ukraine in 2020 the harvest is expected to decrease. Experts attribute this to the decrease of the crops and the weather which increased the risk of damage to crops by fungi and rodents. Earlier news “Today” already told about this issue: 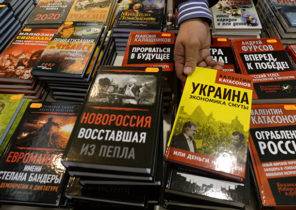