On Tuesday, the President Zelensky his decree has dramatically changed the approach to the formation of the Ukrainian delegation to the TAG, and on Wednesday the head of the PP Andrey Ermak formally proposed “Normandy format” attract “the voice of Donbass” to the talks in Minsk.

What’s behind these innovations and proposals? How does that change the negotiation?

And most importantly — is it a real danger and problems for Ukraine? Because the background of the infamous idea of a “Consultative Council” there is every reason to put such a question.

But fortunately, this time about the new Minsk “treason” speech does not go. Explain why.

Who will go to Minsk?

Briefly recall the essence of the changes. Never before has the level of representation of Ukraine at the TAG weren’t so high. Ukrainian representatives in all subgroups were the Deputy Ministers or the heads of parliamentary committees. First Deputy head of the Ukrainian delegation was the Deputy Prime Minister Alexei Reznikov. He and the head of the delegation, Leonid Kuchma, may themselves optionally specify who else should join to work in Minsk from the experts, officials and deputies. Such changes, according to the plan Bank, serve two purposes.

On the one hand, the participation of officials in these negotiations must demonstrate to the Western partners of Ukraine, the attitude of Kiev to the Minsk negotiations and the plans for reintegration are really serious.

On the other hand, it should eliminate the eternal problem of the Minsk talks: the lack of communication between the delegation and the real players of Ukrainian politics. Difficult to agree on something when you do not have any authority to implement these decisions “at home”.

However, the update in the Minsk talks is impeccable. This approach has a number of features that can become our weaknesses. First, it is an asymmetric solution. Despite the claims of Andrey Ermak that he expects a similar gain on the part of Russia, it is safe to predict that this will not happen. Russia will not raise the “status” of its participation in the pipeline. Besides, the TAG is not an international organization, at the meetings in Minsk are not negotiating about any international agreement. Therefore, the appointment of officials of this level is a kind of “brute force” from the Ukrainian side.

Second, the talks in Minsk that calls for total immersion in the subject. Can I assume that the Deputy Ministers or heads of committees that could be a key priority? Unlikely. Perhaps it kompensiruet team game, but if not, then the quality of the negotiations in the working groups, on the contrary, to decline.

Another causal consequence of participation in the TAG, especially after I restored a physical meeting in Minsk will be to distract the deputies and Deputy Ministers from the main work. But in a reformed state it should be a lot of outside Minsk.

Third, politically, Russia will get a tool to pressure Ukraine and to implement propaganda. They say that the representatives of Ukraine — the people “at the office” and with the powers, so why Ukraine “does not fulfill” Minsk agreements? However, this predictable rhetoric will match the reality, because the legal update of the Ukrainian delegation does not add any new obligations. Position in government or Parliament does not change the level of responsibility for the implementation of the Minsk agreements.

Consequently, no real “treason” or catastrophe in this decision no. There are, of course, the potential risks, but they can be avoided or minimized. But the key attention should be placed not so much on the new composition of the delegation, as the proposals of the GTC to expand sub-working groups. It is through this step, the Ukraine and plans to move Minsk forward.

Alternative to the controversial “Advisory Board”

The decision on creation in the framework of the Minsk new TKG Advisory body, confirmed by the signature of Andrei Yermak, and even an indirect recognition of the representatives of the occupied administration as “official representatives ORDO”, was undoubtedly the biggest mistake of the official Kiev, “Donbass track”.

The idea of an “Advisory Council” in its approvals process and criticized not only in Ukraine but in the West; against her expressed publicly even members of the President’s team (about the threats from the creation of the CD and wrote “European truth”). This time the criticism had an effect.

Although Kiev has officially refused to create a CU — but they did everything to bury this idea. According to sources, a week ago, “Norman talks” at the Ministerial level in this story was actually delivered point: not formally revoking the signature of Ermak under the document, Kyiv has made it clear that to create a CD in this format will not. Moreover, in solidarity with Germany and France. And Russia was convinced that her idea finally died.

But there is a new impasse in the work of the TAG. To get out of it, the Bank has formulated the alternative, which this week presented the Andrew Ermak. Ukraine proposes to recognize internally displaced persons living in the territory controlled by the government, representatives of individual regions of Donetsk and Lugansk regions, and add them as invitees to the work of each of the subgroups in Minsk pipeline.

The idea of immigrants — is not new. In one or another interpretation the command of the President, first of all, Andrey Ermak, promote it more, since last year, citing the need to break the monopoly of the so-called “republics” on the representation ORDO. This problem is real: from the start of the TAG, this role was appropriated pseudocholinesterase persons occupying administrations that actually promote in Minsk the Russian position.

It is worth emphasizing: the new, proposed by Ukraine the format of the talks doesn’t erase from the talks of those who remained in the occupied territories. Their involvement in the Minsk talks is likely to be provided, as well as other invitees.

Ermak already said this, putting forward requirements for new participants. In particular, this requirement to their civil status, absence of ties with illegal armed groups. And in addition, such persons must not be citizens of Russia, including dual citizenship.

“Ukraine is perceived as the representatives of the territories, representatives of civil society, and citizens of Ukraine who have a single citizenship of Ukraine — I will stress this because Russia is distributing passports in the Donbass. (We’re talking about) the citizens of Ukraine, who did not participate in hostilities who are not killed by our soldiers, who did not take criminal decisions, but were forced to remain on the uncontrolled territories”.

It is clear that the real “civil society” mentioned by Ermak or independent civil society activists in the territory ORDO just yet. However, the status “invited” and not personally of the negotiators, which they propose to provide, maybe it’s a certain way to balance.

A new wrapper on an old idea?

There may be quite a logical question: is this “Advisory Board”, only “different sauce”? No, not the same. And although the complete schematic of how it should look in practice, yet, there is reason to believe that this idea touches upon the main “sharp corners” of the infamous COP.

A key advantage of the new ideas that the representatives ORDO (whether immigrants or current residents of the occupied areas) do not acquire any new status. They will remain “invited party” — that is in the same status in which the self-proclaimed “face” of the so-called “republics” are in the pipeline in 2014.

The second difference: no new body (albeit Advisory), with its procedures, regulations, etc., not created. Therefore, to move discussions on further created the platform, which was supposed to be “Advisory Council”, will not succeed.

As a consequence, Ukraine is at the negotiating table will not be a one-on-one with representatives ORDO, that is, a direct dialogue can be avoided. And this appears to be a principled position OPU — burned in an error with the creation of the CU, on Bank constantly emphasize this.

The third difference: Ukraine gets a chance to “blur” monopoly “L/DNR” on representation of the occupied Donbass. Even if the occupation administration does not consider the requirements of Ermak and themselves will determine who they attract to work in the TAG (and probably will be) then their voice will be “balanced” by immigrants, delegated Ukraine. And the term “representatives ORDO” will not only enable residents of the occupied territory, which are completely dependent on the occupying power. Another difference from KS: now OPU offers to attract settlers to a much broader range of issues.

“Advisory Council” was to deal exclusively with political points of Minsk agreements (which are a priority for the Russian Federation) that would be forced out to the margins work in the field of security, humanitarian and socio-economic subgroups (which are important first of all for Ukraine). But now we are talking about a symmetric rise in all subgroups, not just political.

In fact, Ukraine opens new opportunities for “Minsk”, not yielding on key issues. Attracting immigrants to work the TAG will allow Kiev to declare compliance with the requirements regarding consultation with representatives ORDO without making any concessions on which Russia insisted.

Therefore we offer Kiev a new format of the TAG may be quite acceptable for Ukraine. Inevitable consequences — neither political nor legal (in particular, international courts) — for the negotiating position of Ukraine will not. And hence the main problem of the new ideas.

This formula does not suit Russia, where he sought to another, including pronounced direct dialogue between Ukraine and the pseudo-republics. And so Moscow will probably offer their “additions” to the new format.

And here it is crucial that Ukrainian negotiators to defend the main position. In particular, the fact that representatives ORDO cannot have any other status, just as “invited experts”. And that agreed and signed to TAG documents will not represent any binding character for Ukraine.

The latter, incidentally, was one of the key points of Russian plan to enhance the TAG, what Yevropravda wrote.

This Russian idea is a trap. To agree to it, you should not, even if it is the only chance to negotiate with Russia with Kiev Minsk “reform”. 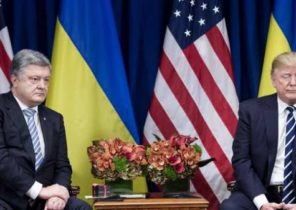