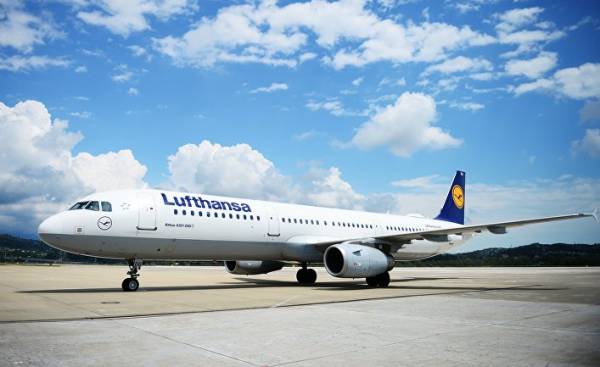 The group Lufthansa grounded 95% of the fleet, and daily ridership fell from 350 thousand to 3000. More than 60% of the group’s employees (87 per thousand employees) transferred to government subsidies. However, these figures more than a week. Since then, the situation has clearly deteriorated. Last Thursday, Lufthansa reported that it had recorded an operating loss of 1.2 billion euros in the first quarter. But the company is not fatal: the Federal government on Tuesday promised Lufthansa 9 billion euros of subsidies.

Today the world has lost approximately 100 000 500 000 pilots and flight attendants. Airlines return dozens of leasing companies in the us.

Only one airline Ryanair has returned 113 aircraft and fired 900 pilots, another 450 pilots will be laid off in may. Emirates returned 38 aircraft A380 and canceled an order for 150 Boeing b-777.

The list of such troubles is huge. And it’s growing.

Nobody knows when it will resume this dramatically interrupted flight. And so, no one will dare to predict how much money will need companies to be reborn. And for how long.

After September 11, the American market took three years to return to “cataractae” level. But what 11 September in comparison with March-April 2020? A child’s toy.

The Airbus plant in Toulouse every month, churning out 60 cars A320-321. In March and April, all of the liners remained on the factory grounds.

Boeing will cut ten percent of jobs in the sector of passenger aircraft in the United States. It can affect up to 7,000 people employed in the production models of the 787, 777 and 737 Max, said Wednesday evening AFP.

For the first time in history there are not enough places to Park aircraft. The Airliners sent on a special airfields for long-term storage. In the future they can get new owners or will be a source of spare parts for the still flying planes.

In Germany, the largest Parking unnecessary liners was the Dusseldorf. There is already parked more than 90 machines. One day Parking costs on average 110 euros. The price includes daily inspection of aircraft technicians. Inspection, of course, external. For now, airport Parking has become an important business.

The tragedy of the airports requires a separate story. For example, passenger traffic at Frankfurt airport fell by 96.8 per cent. And even the flow of goods, despite the relatively high demand in this segment, too, fell by 28 percent. The German airports Association ADV, said that in April occurs the biggest decline in passenger traffic since the existence of civil aviation.

As an exotic example, the bankruptcy of Air Mauritius announced on Thursday. German Eurowings was “bankrupt” at the beginning of the crisis. But his decline such failures happen a lot. Doomed small companies nelimarkka carriers of small countries, the Arab giants, whose owners are experiencing a double shock: cessation of tourism and the failure of oil and gas prices.

IATA reported that European airlines in mid-April, owes to its passengers for missing a flight more than 9 billion euros. Of course, they will not be able to fulfill its obligations to refund the cost of tickets to 7-day period and even attempted enforcement of this rule will lead to mass bankruptcies.

However, the most cruel and treacherous blow of the virus in air travel is now invisible. Quarantine undermined the main source of the profit of the German carriers: domestic business flights. For example, the slot of the Berlin-Frankfurt-Berlin for many years was gold for any company, which it received. Now the number of such passengers fall for the order. For five weeks, all meetings have been successful on video. Fantastic savings of time, money and effort into those sessions pays for the inability to look directly into the eyes of the company. And I think this kind of movement goes down in history right now. Together with the vast profits of the carriers.

How much longer will the world swoon? And that is a swoon or is it the clinical death of the world of civil aviation?