Official plans coronaries will not change

In many countries official economic forecasts, if something went wrong, reviewed. By the way, the Russian Central Bank in March, expect this year the growth of the national economy, and in April amid quarantine and pandemic coronavirus was to predict a recession. But the authorities of Belarus do not intend to revise optimistic options — this year the Belarusian economy, according to the official forecast, is expected to grow by 2.8%.

The President requires that the whole vertical of power in whatever was completed of the parameters that are necessary to ensure economic growth. “According to the reported data, GDP for the first quarter decreased by 0.3%. No approval of the fall in GDP cannot be and never will be, so tune in to execute the plans that we have,” — said Alexander Lukashenko, speaking at a recent meeting of the government and local authorities.

It is significant that the statement of the head of state said after all the creditors who give money to Belarus, has significantly adjusted its forecasts. Thus, the IMF predicts that in 2020, due to coronaries there will be a reduction of the Belarusian economy by 6%, the world Bank is expected to fall by 4%. Even the Eurasian development Bank, which is known for its optimistic assessments and forecasts the recovery of the economies of the EEU countries in the second half of the year, expects a decline in GDP of Belarus is 3.3%.

As in this case, it is really to the Belarusian authorities to carry out official forecast and provide the planned economic growth at 2.8%? It is worth Recalling that this figure was born in the offices of the government in the autumn of last year, when there was no coronavirus or drop in world oil prices or economic downturn in Russia. The authorities were expecting that the external environment will be relatively favorable, the Belarusian export will grow by 3.6%, and this is largely to ensure economic growth.

But, alas, due to the oil problems with Russia, Belarusian exports in the early years significantly decreased. According to the latest data of the national Bank, in January-February the export of Belarusian goods and services decreased by 13.4% compared to the same period last year.

The plan is fraught with walking on the rake

Belarusian economists expect the negative dynamics of exports will continue. Therefore, the probability that at the end of the year, the GDP of Belarus will increase, but the increase was planned due to external demand, virtually zero. Theoretically, experts say, planned economic growth can be achieved by artificial method, but I hope that this will not happen.

“The Belarusian exports this year will decline for two reasons — the situation in the world in connection with the coronavirus and falling oil prices. Accordingly, in the foreign markets reduced the demand for Belarusian oil products and potash fertilizers, and our key export products,” — said in a comment to BelaPAN researcher at the Belarusian economic research and education center (outreach) Aleh Mazol.

According to him, this year could increase export of Belarusian foodstuffs and some other goods, the supply of which may be interested Russia to meet domestic needs.

Similar expectations were shared by other Belarusian economists. “The Ministry of economic development of Russia does not expect a quick economic recovery. Compression of internal demand in the Russian market will have an impact on us. Therefore, it may happen that Belarusian exports will decline not only this year but next,” suggests scientific Director of the IPM Research center Irina Tochitskaya.

In her opinion, in the current situation Belarus should strive not to execute the target (planned) performance and to create conditions so that Belarusian exporters have been able to safely survive the current crisis.

“Exporters depends on our potential economic growth, and the government understands that exporters problems. Businesses need support. Efficient enterprises, which before the crisis was steadily afloat, you need to maintain. For example, through preferential loans, the interest rate will be able to subsidize the budget”, — said tochitsky.

The economist does not consider it right to include issuing machine and start to support all the businesses that ask for money. “If you turn on the printing press, you have to forget about low inflation, macroeconomic stability and relatively stable rate of national currency,” warns tochitsky.

Similar opinion is shared by other economists. “The unwinding of inflation to anything good will not. Support for exporters should be provided to the dot and to a limited extent”, — says Corns.

However, risks that in Belarus because of the decline in GDP, economic authorities may resort to the use of questionable administrative methods exist, the Executive Director of the analytical center “Strategy” Yaroslav Romanchuk.

“The President’s words about the need to fulfil the targets — either the appeal to the government and the national Bank to print money, or a complete misunderstanding and disregard of reality,” says Romanchuk.

He drew attention that the Chinese economy this year has declined by 6.8%, and the us could fall by tens of percent. In conditions when the global economy is in crisis, the performance targets may prove costly for Belarus, says the economist.

“Ignoring the fact that the significantly changed external demand for Belarusian products is the way to necrosis of capital and accumulation of stocks”, — said Romanchuk.

In his opinion, in this case will increase the overdue debt on the balance sheets of industrial enterprises. “Such was the case in Belarusian history. If Belarus does not make findings of history, our national instrument — the rake”, — concluded Romanchuk. 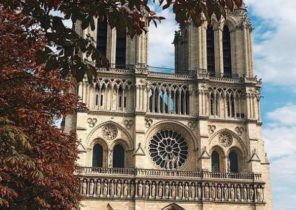 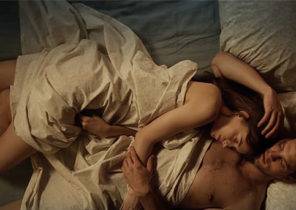 How many sex per week is needed for happiness – study