The Russian Ministry of health proposes to ban the sale of tobacco within one generation. Likely the ban will affect those born in 2015 and later.

The Russian Ministry of health has developed a package of measures which should contribute to reducing the number of Smoking citizens. One of the most controversial proposals is the ban on the sale of tobacco products to persons born in 2015 and later, even after they reach adulthood. The aim is to ban the sale of tobacco within one generation, the newspaper “Izvestia”.

“This goal is ideologically correct”, — says Nikolay Gerasimenko, a member of the State Duma Committee on health care.

The Chairman of the Committee Dmitry Morozov said that the Committee is ready to consider such proposals, but stressed that on this issue, many people expressed different views, and that it would be best to facilitate the emergence of people have healthy habits, rather than to impose restrictions.

The danger of the black market

Some officials claim that a total ban may lead to the emergence of the black market of counterfeit cigarettes.

“Pirated copies of tobacco products could have a greater damage to the health of the nation”, — says Elena Topoleva-Soldunova, Public chamber member, which is, in particular, a consultant to the Federal Assembly on social issues.

It supports Olga Beklemishev from the Society for the rights of smokers. She emphasizes that, despite all the restrictions, large black market drug there is.

“We can get the same thing with cigarettes,” she says.

Russian researchers health problems do not consider the new proposals are too strict.

“These measures are consistent with the objectives set by Russia and many other countries in order to reduce the number of smokers,” — says Viktor Zhukov, fellow of the Institute of health.

He stressed that Singapore and the UK at the beginning of the two thousandth discussed the possibility of a ban of tobacco products to those born after 2000.

Researcher people’s health Marina Gambaryan said the information office of TASS, that in a few years these proposals will not be considered extraordinary, and absolutely logical and natural steps.

The measures proposed by the Ministry of health:

· A ban on the sale of tobacco products to persons born after 2015.

· A ban on Smoking near those who are against it.

· A ban on Smoking in the car if there are children.

The main goal of the new package of measures in the period up to 2025 to reduce the number of smokers in Russia to 25% of the population. The number of smokers here for a long time increased, but now the negative trend has changed. According to the Ministry of health, from 2009 to 2016 smokers was less than 6%, i.e. from 39% to 33%.

A study conducted by the world health organization show a steady decrease in Smoking by children in Russia. From 2006 to 2014, the number of Smoking fifteen-year-old boys fell from 27% to 17% and the number of girls of the same age, from 21% to 10%.

An important reason was that in Russia in 2013-2014 has introduced various measures to reduce the number of smokers. Earlier such restrictions were not enough.

· It is forbidden to smoke in many public places such as restaurants, airports, public transport, schools and hospitals.

· From now on, cigarettes are not sold in kiosks, and stores are forbidden to openly display them for sale.

· There is a requirement to claim a passport from the buyer not to allow Smoking to children.

· Manufacturers are required on cigarette packs have warnings about the dangers of Smoking.

· Increase tobacco taxes three times, increased the cost of a pack of cigarettes in the period from 2012 to 2016, with up to almost CZK 5 CZK 16.

The only country in the world

Bhutan is the only country in the world, banning the sale of tobacco products, it happened in 2005. However, there are still allowed to import cigarettes for their own consumption, but very high customs rates.

The authorities recognize that the ban partially disrupted a large contraband of cigarettes from India, as reported a few years ago the BBC.

The first European country that introduced in March 2004 banned Smoking in workplaces, restaurants, pubs and other public places, has become Ireland; Norway adopted a law several months later. Then the same law appeared in most European countries.

Great harm to the health

Smoking reduces life expectancy in Russia for men and 9 years for women almost 6 years. Due to diseases related to Smoking, according to the Russian institutes of health, every year in the country dies 300-400 thousand people.

President Putin has previously stressed that it is important to reduce the number of smokers in Russia — in particular, in order to improve the demographic situation.

Although the tobacco takes a large number of lives, but even more picks up the vodka. In 2015, 30% of all deaths in Russia were alcohol-related. This is a special case in the industrialized world. Most deaths occur as a result of alcohol poisoning, accidents in a drunken state, health deterioration due to prolonged use of alcohol and suicide. 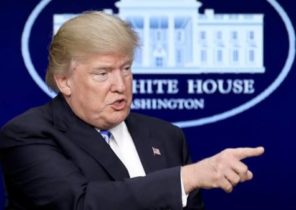