Russian media showered Europe with ridicule, but our continent can move forward in unity.

In the early 1990-ies Russia felt themselves an integral part of Europe. But at some point everything began to change: post-Soviet reform in the framework of the program of “shock therapy” turned into a painful transition to a market economy. Then the cost of a kilogram of the sausages reached the size of one monthly pension, and many families are malnourished and even starving.

The sudden transition to a more “Western” way of doing economy threw many into poverty than was eventually used after the long wars for power between the Russian oligarchs — the new political leader, who chose a conservative nationalist rhetoric of Vladimir Putin.

Today, the leading Russian TV channels tell us stories about what the European continent is in decline, that “aggressive migrants” became totally out of control, that social services can take children from their parents for one “slap” that “sexual minorities” out there destroying the traditional institution of the family.

Meanwhile, the Russian liberal opposition praises the European way for Russia — as opposed to “Asian” and “Soviet”. It strongly condemns the radical left and right who are trying to spoil the image of a supposedly clean and bright the European Union. She doesn’t want to hear about the disgusting reaction of the Europeans to the influx of refugees or how the ruling economic dogma and installation drain the southern members of the Union and enrich the banks of the North members. These liberals tend to believe that interpretation, which is entrenched in Europe over the last few years and according to which there was no difference between Soviet Russia and Nazi Third Reich, because, despite the difference in the stated objectives and bloody fight with each other, they were a disgusting totalitarian state. Liberals truly believe that all Soviet past of Russia — it’s a shame that the Russians should strive for unconditional integration with the West.

But this conflict between the liberals, looking to the West through rose-colored glasses, and the Russian reactionaries who condemn everything European, prevents us to see the things that once connected Russia and Europe. In 1945 the West and the Soviet Union jointly won the victory over Nazism and came to the conclusion that fascism is an absolute evil which has no place in politics. Today, as we celebrate the 75th anniversary of the end of the Second world war in Europe and when the Nazis and ultra-right politicians will again strengthen its position on the European continent, we should remember our shared connection.

From the “Swedish Democrats” to neo-fascist Italian movement of “Casa pound”, the ultra-modern is not only trying to stir up anti-immigrant sentiment, but also portray themselves as victims of “left-liberal” European system that emerged after the Second world war and which is based on the principles of social welfare and international solidarity. Look at how in Hungary the ruling party to rehabilitate Miklos Horthy (Horthy Miklós), who was the leader of the country during the war and an ally of Hitler.

European liberals also considered it appropriate to rewrite the past through a resolution “On the importance of European remembrance for the future of Europe” which the European Parliament adopted in September 2019. This resolution, which introduced a group of liberal members of Parliament, has been criticized for what she actually equated the Soviet and Nazi regimes, not to mention the contribution of the Communist resistance groups and the Soviet Union contributed to the defeat of fascism.

Meanwhile, the authorities of modern Russia are a legacy of the Second world war to achieve their own goals. Take, for example, the war in Eastern Ukraine which began in 2014. At the time Russians argued that this was due to the presence of right-wing elements in the ranks of the supporters of anti-Maidan. In other words, the Kremlin has justified its invasion of the territory of a neighbouring country, hiding behind the alleged need to undertake the anti-fascist campaign. It looked particularly disgusting, given sympathy and a lot of contacts between Putin’s establishment and far-right European parties such as French national front and the Italian “Liga”.

So, is there a more reassuring image of the past and the present, which would unite the Russians and Europeans and which could draw progressives across Europe? When I hear the phrase “European values”, I do not come to mind about historical comparisons or Putin’s propaganda about the moral decline of Europe. It seems to me that Europe, with its mass trade unions and workers ‘ rights; Europe with its the February strike in the German-occupied Netherlands, which was organized to protect Dutch Jews in 1941; Europe, accepted a lot of refugees; Europe, ready to pick a project for the gradual integration of the hands of the possessed the free market of European Union officials, ready to challenge the ultra-right; this Europe which it appears in the labor movement in the United Kingdom and Scandinavian social democracy, and also in the movement of the “yellow jackets” in France.

And if such notions as “European values” seem alien to many Russians, then we should remember the dangers of importing ready-made models of progress and instead to shape a universalism given the liberation of the episodes of our own history. For example, the Soviet Union became a pioneer in the field of implementing the policy of equality through quotas for representatives of indigenous peoples, ethnic minorities and women in admission to universities. In fact, partly thanks to the work of such revolutionaries-feminists like Alexandra Kollontai, Soviet Russia granted women suffrage, and decriminalized homosexuality, while most European countries even dream about it could not.

Today, when the Russian government appeals to our heroic past, it has in mind is not that progressive history. But this is what I will think during the celebrations of Victory Day, which will be broadcast on the official channels and that will slightly spread false patriotism. (Although the parade on red square has been postponed indefinitely, an Airshow and fireworks display will still take place.) Looking at this demonstration putinistskoy nationalism, I will remember the heartfelt songs of the Italian, Yugoslav and Belarusian partisans, of workers and of the European resistance. Love to our native countries and the strengthening of the anti-fascist consensus is the only progressive basis on which can rest in our continent.

Kirill Medvedev is a poet, activist, and musician from Moscow. 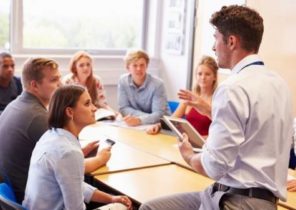 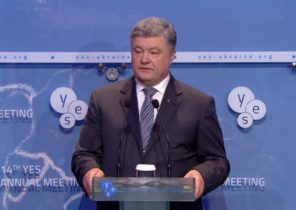