Why did the US impose sanctions against Russian gas pipeline, which ends at the border of Germany? Because we want to increase exports of liquefied natural gas (LNG) to Europe or because Russia illegally annexed Crimea? The stated goal involves two tasks — to prevent Western Europe became dependent on Russian energy sources, and also to weaken the economic leverage of Russia in Eastern Europe.

The differences are very important: if the goal is to save Western Europe from Russian domination, the Europeans she’s not going. According to them, they are quite able to choose fuel supplier and consider US a reliable way to diversify its sources of natural gas. Other energy suppliers are Norway, Algeria, Qatar and Nigeria. In Europe, however, are built receiving terminals or end points of take delivery of LNG in frozen form.

“LNG is often a cheaper option due to considerable activation, pushing the proposal, says the chief analyst of the global gas market of the company “ay-aitch-es Markit” (IHS, Markit) Michael Stoppard (Michael Stoppard). — Major suppliers to pump gas to Europe through pipelines such as Russia, prefer not to flood the market. All this leads to the fact that in the face of declining demand for gas, LNG is a relatively stable”.

It’s one thing if the United States is able to compete on the basis of quality and price. It is quite another thing if they use economic sanctions as a means of force. We are talking about the Russian gas pipeline called “Northern stream — 2”, supplementing Russian gas pipeline “Nord stream — 1”. It not only allows Russia to double gas volumes delivered to Europe, but also gives her the opportunity to make deliveries to bypass Ukraine — his sworn enemy. “Nord stream — 2” belongs to “Gazprom” and is a project worth 10.5 billion dollars. He comes from Russian gas fields to the Baltic coast of Germany, and its length is 1234 miles. The U.S. claim that to complete the construction of the gas pipeline Russia has no appropriate technologies. Russia says it will complete it by 2021.

Now Russia accounts for 39% of gas supplies to Europe. The United States supply of 3.5%, although, according to the European Commission, one third of all us LNG entered the European Union in the period from January to November 2019.

The main initiator of sanctions, which came into force in December 2019, is an American Republican Senator from Texas Ted Cruz (Ted Cruz). He said that “Nord stream — 2” is a double loss: first, the sale of natural gas is helping to Fund the implementation of Russia’s territorial goals, and secondly, the gas pipeline is to bypass Ukraine and deprive it of the income necessary for the functioning of the country. Ukraine, of course, strategically teamed up with the West, which led to conflict with Russia, with which it shared cultural and business interests.

“Europe is much better to focus on energy from US than to feed Putin’s Russia, dependent on Russia and subject to economic blackmail,” said Cruz in December, when was approved sanctions against the “Nord stream — 2”. The sanctions also apply to third parties involved in the construction or financing of the pipeline. Then the Swiss marine contractor “Elsis group” (Allseas Group) discontinued their participation in the project, and other companies that Finance the project, “shell oil” and (Shell Oil) and “Angie” (Engie) — was puzzled by the actions of Washington.

But Cruz made these statements without reason: he represents the state, producing oil and natural gas, which should increase sales in Europe — and especially now. Lack of demand combined with a glut in the market means falling prices and job cuts.

Sanctions against the “Nord stream — 2” help US to open the European markets of natural gas. But they also have practical results and have an indirect impact on Russia, forcing her to negotiate with Ukraine. At the end of 2019, the two countries officially agreed to a contract worth seven billion dollars for the transit of Russian gas to Europe through Ukraine for a period of five years.

If these negotiations will lead to new deals and subsequent withdrawal of Russia from Ukraine and Crimea (which is doubtful), then sanctions will be repaid. But the developed world has already imposed sanctions against Russia, depriving it of technologies required for the development of oil and gas fields, as well as preventing the financing of these transactions. In addition, exclude Russia from the “Big eight”, which has now become the “Big seven”. Its economy is shrinking and a sharp drop in energy prices leads to a reduction in revenues and the budget deficit.

Thanks to the abundance of natural gas produced from unconventional sources, United States with 2017, become a net exporter of LNG. Telling the American people about the rosy prospects, Donald trump says that America will become the dominant energy source that the country will meet their own needs, and then export its shale oil and gas around the world. In this connection the Federal Commission on regulation of energy approved the construction of ten LNG export terminals, in addition to those five that are currently available.

“Demand for LNG is now sluggish,” says Neil Chatterjee (Neil Chattejee), Chairman of the Federal Commission for electricity regulation, during a telephone conversation, organized by the “Atlantic Council”. American “companies are trying to ensure their long-term contracts, and currently the US is a net exporter of energy. It gives positive economic and geopolitical results: they are an alternative to Russia, and it is beneficial to our allies. There will be a revival of demand.”

For the United States the largest European markets are the UK, Spain and France. But the most attractive “trophy” that promises big profits is Germany, a country which currently closes all its nuclear and coal-fired power plant. Germany aims to replace a significant portion of this energy by renewable energy resources. However, before this happens, it is to fill the void, will focus on natural gas — fuel is needed as a “backup” energy source, duplicating the power of the wind and the sun, in the absence of adequate weather conditions.

By the way, the Germans disgruntled Americans say that the US sanctions against Russia have “extraterritorial effect.”

The geopolitics is complex. But there is a simple solution: if the US wants to expand access to the European markets of natural gas, they will have to rely not on force coercion, but on the principle of free enterprise. 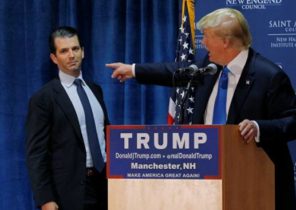 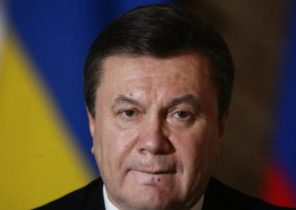