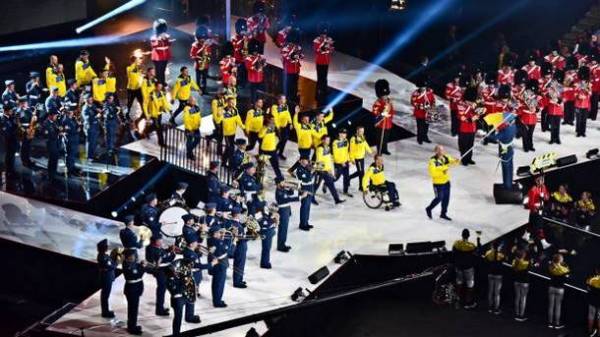 In Toronto, Canada ended the Games of the unconquered 2017and the Ukrainian team has clearly celebrated their participation in the closing ceremony. The corresponding video appeared on the page of Invictus Games: Team Ukraine in Facebook.

At the closing ceremony of the games of the Ukrainian flag was carried by the captain of the team Alexander Pisarenko, Vadim Sviridenko.

In turn, the British Prince Harry welcomed all participants and during the release of the Ukrainian team it is particularly eager to spoke with one of our guys.

“Prince Harry welcomed each team. Tomorrow I will ask Vadim what he told the Prince. And today we celebrate the completion of the Games of the unconquered – a Grand celebration of a great victory of the military, injured during his service”, – stated in the message.

It is worth noting that our team, which first participated in the Games, won 14 medals: 8 gold, 3 silver and 3 bronze.

As you know, the tournament was held in Toronto (Canada) from 24 to 30 September and brought together more than 550 wounded soldiers from 17 countries who competed in 12 of the adaptive sports disciplines. The competition, founded by the British Prince Harry, participated for the first time the national team of Ukraine.

We will remind, on competition in Canada together with the Ukrainian athletes crew went to TRC “Ukraine”. All the details about Games of the unconquered , read the special project of the website “Today”.