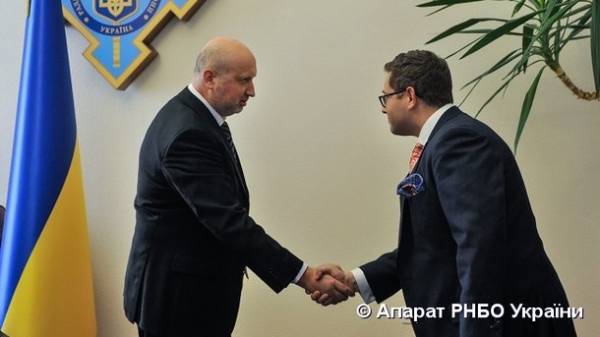 To provide counteraction to cyberthreats of the national security Council adopted a cybersecurity Strategy. This was announced by the NSDC Secretary Oleksandr Turchynov during the meeting with the Special assistant to the President on cybersecurity Josh Steinmann, says the report of the press service of the NSDC.

“To ensure the system of counteraction to cyberthreats of the NSDC of Ukraine adopted the cybersecurity Strategy. For the purpose of coordination of the structures responsible for various aspects of this issue, created the national coordinating center for cybersecurity at the national security Council,” – said Turchinov.

According to Turchynov, Russia for the fourth year is against Ukraine, hybrid war, one of which elements is cybergrace. During the meeting, he also noted the measures adopted by Ukraine to protect its cyberspace, in particular, the prohibition of certain software products, social networking, and information resources of the Russian Federation.

In addition, according to him, the unfolding of the national telecommunications network and it creates a protective circuit, which should protect state information resources and objects of critical infrastructure.

We will remind, Poroshenko instructed to sue Russia for the construction of the Kerch bridge.