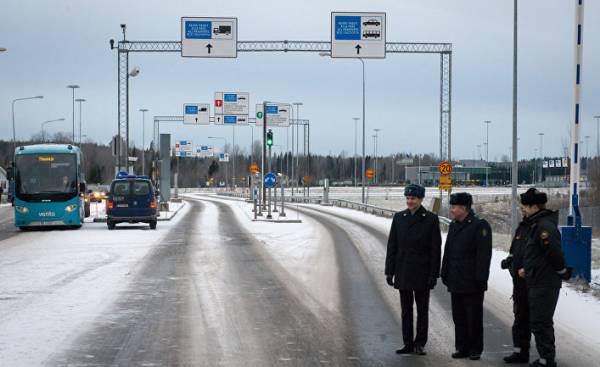 Alexander Rumyantsev is the Ambassador of the Russian Federation in Finland for almost 11 years. He admires Finland and believes in good relations between the two countries.

It is rare to meet someone so positively speaking about Russian-Finnish relations, as Ambassador Alexander Rumyantsev.

Rumyantsev did not agree to see them is problematic.

One example of good relations, in his opinion, is the frequency of meetings at a high political level. Presidents usually meet twice a year, and this year is apparently no exception.

At the end of March, the presidents Niinistö and Putin will meet at the Arctic forum in Arkhangelsk. In the same year, it is expected the visit to Finland President Vladimir Putin in celebration of the 100th anniversary of the Republic.

The future Ambassador was educated nuclear physicist. Later he became head of the Kurchatov Institute. In 2001 he was appointed Minister of atomic energy.

Ambassador of Russia in Finland Rumyantsev was appointed in the spring of 2006. He is now six years carries diplomatic status “the Dean” refers to the senior of the diplomats.

According to Rumyantsev, the long history of relations between Finland and Russia creates a great platform for building good relationships.

“Russia, of course, can not be an open border, as we have with this unit is differences.”

Under an open border Rumyantsev implies the border without heavy weapons.

However, he also acknowledges the influence of the media and social media on formation of public opinion.

“And yet there is always the possibility to use other sources to find accurate information”.

With her professional past Rumyantsev is closely monitoring the progress of the project of building a nuclear power plant Fennovoima. It is not concerned about the delay.

“For such projects, delay is a normal phenomenon, because in the construction of a nuclear power station the most important aspect are questions of security.”

Rumyantsev did not see in the draft elements of geopolitics or political security.

“For me it’s primarily the clean energy market and project.”

Finland is seen as a model country

As Ambassador, he has traveled by car almost the entire country. Miles accumulated in total more than three hundred thousand. The only place not yet visited, the border of four countries in Kilpisjarvi.

During his travels he drew attention to the fact, Finns take care of their country. It is immediately evident that here lives loving their country people.

“It is no coincidence that your national anthem is translated as “Song of our country”. Here one feels that everyone sees this country and cares about her.”

The Ambassador there are lots of everyday observations of the Finns. For example, he did not see Lenasia builders who would play dominoes. The automated functions are controlled by a small number of staff, and the sellers in the shops are friendly and professional.