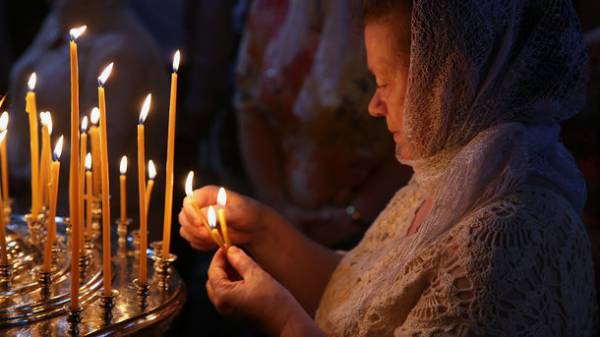 September 30, Orthodox Christians mark the feast Day of the Holy martyrs Vera, Nadezhda, Lyubov and their mother Sophia. The festival is dedicated to the three Christian martyrs, who, during the persecutions did not renounce their faith. The website “Today” I wrote about the history and traditions of the holiday, and also about what you can and cannot do in this day.

The story of the feast of the Holy martyrs Vera, Nadezhda, Lyubov and their mother Sophia

According to legend, in the second century in Rome there lived a Christian a Sophia, who had three daughters. It so happened that Emperor Hadrian learned about the great faith in God this family. He called the girls to his and demanded to renounce the Christian faith. But Sophia, daughter refused to do and told Adrian about the great Savior and the eternal life of believers. After that, the Governor became angry and ordered to bring the terrible torture and execution of the sisters. At the same time, their mother Sofia did not kill, although the woman felt no less suffering than her daughter. Exhausted woman sitting two days at the tomb of the daughters, and the third the Lord sent death to her.

Interesting traditions and customs in the celebration

What not to do in the Day of remembrance of the Holy martyrs Vera, Nadezhda, Lyubov and their mother Sofia: