If the Earth is in the way of a giant asteroid, if we can save our planet? And how? We present the opinions of three scientists that we really can do.

The earth is continuously bombarded from space. In most cases we are talking about dust or small pebbles that burn up in the atmosphere before reaching the Earth’s surface. We see them at best as a beautiful star falling from the night sky.

But sometimes there is something bigger.

And we’re not? Do we have a plan? It really wants to know the answer, our reader Silas Christensen (Kristensen Silas), and we understand.

“What would happen if an asteroid will head for Earth? What will governments do, and how we can stop it? If we have a group of scientists called “Defenders of the Earth”, whose task is to save the Earth if she be in danger?” — he wrote in our rubric “Ask question”.

A question with many answers

The answer to the question Silas, for, say, many, so we immediately turned to the scientists working in this area to get an idea of how we are actually prepared.

Because the question itself consists of several smaller questions, the answer in the article is also divided into several parts:

The answer to the first question, unfortunately, is that today we, most likely, will not be able to prevent the collision.

“Right now we do nothing we could do”, — said the honored Professor of physics at the Institute named after Niels Bohr Olsen Malta (Malte Olsen).

“The problem is that even if we find it, what can we do? To build a rocket for a mission like this, we’ll need years, but today we usually can’t predict what the near Earth asteroid will pass sooner than a few weeks.”

Reaction speed is the main problem today, thinks so, and Mikael Linden-Wernle (Michael Linden-Vørnle), astrophysicist and senior consultant at the Institute of space research DTU Space.

“Early warning is the key. If there is enough time, we will have a chance, we have the core technology, which should be enough to solve the problem. But it doesn’t matter if you won’t be prepared,” he says.

2. The desired work is already underway

She participates in several joint international projects aimed at the development of an action plan in the event of an approaching threat of asteroids, which the scientists called “near Earth objects” (Near Earth Objects — NEOs).

“It all started with project NEOSHIELD 1, when the European Commission first stated that we needed a plan in case the threat of asteroid collisions. We are now continuing the project, the NEOSHIELD program 2. Our group consists of scientists, engineers and other experts who carefully study and map asteroids and are looking for ways to prevent clashes,” she says.

Problem statement: when doing what?

In addition, in parallel and continuously are working together with member countries of the UN in the framework of the Consultative group on the planning of space missions (Space Mission Planning Advisory Group SMPAG). It is Danish Lina Grobe also taking part.

“The point is that scientists around the world together we can assess the risks and give recommendations that go further into the UN and on the basis of which then will finally decided what to do,” she says.

So in fact we have a team of scientists “Defenders of the Earth”, which was looking for our reader Silas Christensen, and she is working on the investigation, study and monitoring of asteroids and the search for solutions to problems, if they take a course on us.

As it is difficult to determine the asteroid’s trajectory exactly, a group of scientists working on various risk scenarios and options, time frames, told Lina Tube.

“We are trying to identify the scheme when and what we will do. If, for example, to a collision with an asteroid five years, what methods we use in this case? A very big difference when there is information that it will hit the Earth in thirty years or five years. If we have thirty years, we can do much more and easily find a good solution, but if it is for just five years, the plan must be prepared immediately”.

In addition, the White house just published a strategy in case of a collision with an asteroid, which has also been part of the joint work of the UN, tells Lina Tube. This is a good sign, she believes.

“This will serve as an incentive. Over the past 10 years people started to realize what a threat is asteroids. So I think we will be able to create, test, and plan of action, we’ll manage”.

Mikael Linden-Wernle also consider the strategy of the White house positive, although it is essentially just a list of problems and challenges that must be addressed.

“This strategy is in fact very common, and now it needs to be complemented by concrete action plan and measures. But as a starting point it is a recognition that something needs to be done and that this problem should be taken seriously, and this, of course, very positive”.

“Raise your head and hope for the best”

International cooperation is aimed in particular to the detection of asteroids that can approach the Earth, says Mikael Linden-Wernle.

“The goal is to capture at least 90% of the asteroids whose sizes exceed 140 meters. Quite large quite easy to control, because they are simply easier to see, but those that are smaller, it is very difficult to detect,” he says.

Many will remember photos and videos taken in Russia in 2013, when a 20 meter asteroid exploded over the city Chelyabinsk. The flash was visible for 100 miles around, more than 1,000 people were injured due to the blast wave.

It was not expected.

“He appeared in broad daylight, when the sky has been bright, and incredibly hard to notice such a small object moving with a speed of 66,000 miles per hour. It just couldn’t capture,” explains Lina Tube.

“So we can’t count on the fact that predskazuem the appearance of absolutely all small but still potentially deadly for us threats,” says Mikael Linden-Wernle.

“As for the asteroids smaller, often us anything in particular, and no choice but to raise his head and hope for the best,” he says.

3. The method of Bruce Willis in the extreme case

“Fortunately, scientists have determined the orbits of the most part, the largest asteroid, called “global killers” because it is believed that they can cause global harm to the planet,” says Lina Traube.

But in case you happen now with the blue skies we will begin to threaten the “killer world”, scientists are in stock already developed a number of different anti-asteroid project.

And Yes, this includes also the method Bruce Willis, involving the explosion of the atomic bomb on the asteroid, as was done in the movie “Armageddon”.

“But it would be probably the most extreme case, because the use of nuclear weapons from a political point of view is a very complex question. So this speech could go only if a very large asteroid, and only if there was very little time before impact,” explains Lina Traube.

In addition, this option may create more problems than it solves, says Malta Olson.

“If you blow up a nuclear bomb on the asteroid, it will very likely end up being instead large, there will be 10 000 more small asteroids that will constantly pose a threat and whose trajectory will be even more difficult to calculate. So it will be something like a modified suicide”.

In General there are two approaches to the problem, says Mikael Linden-Wernle:

“You can either destroy the object or alter its trajectory”.

Today there are the following two sentences, which seem real, three people drives our scientists.

High speed to launch a spacecraft directly into the asteroid and thereby knock him off his trajectory aimed at the Ground. This method has been described, for example, the NASA Deep Impact space project and the AIDA, consisting of two DART programmes, and AIM to work together agencies ESA and NASA. The AIDA project, however, was denied further funding, and scientists are now working on similar, but cheaper version of the mission.

To launch a heavy spacecraft with a large mass and place it near the asteroid, that he for some time took the asteroid from its trajectory due to the gravitational effect. But it can work only for small asteroids and if you have a lot of time. This NASA project is also called a “Gravity tractor”.

To run the ion cannon near the asteroid, so she fired a “rock” radiation and eventually forced him to change the original trajectory. This ESA project is called Ion Beam Shepherd and, in addition, may be used to move space junk.

In addition, Malta Olson and Mikael Linden-Wernle mention is also an option, which is based on the so-called effect of Zharkovskiy. Lina Tube, however, will not take it to serious decisions and calls “stupid method”.

However, it is based on the following principle.

You can use the so-called effect of Zharkovskiy, which also was investigated in the framework of the project of NASA’s OSIRIS Rex. The effect occurs when a rotating asteroid heated by the Sun. When the warm side is in the shade, it emits thermal radiation that is triggered as the engine and changes the asteroid’s trajectory. If, for example, paint one side of the asteroid white, it will be possible to influence the trajectory, since the reflectivity of the painted side, and hence its nagrevaemoi change. Anyway, in theory.

But none of these methods are not among the everyday things that I’ve been engaged, says Mikael Linden-Wernle.

“In principle, it could work, but theory and practice are very different things. We need to build systems devices, test them, and then run. Whether they will function effectively whether in the right place — it will be clear only when the fated day arrives,” he says.

“Unlike earthquakes, there really really something to do”

“Although the duty to follow the flying boulders throughout the Solar system and one day to take off and change their trajectory or to blow up, it may seem impossible, the other alternative we have virtually no”, — says Lina Traube.

But unlike other natural disasters, like earthquakes, there really is actually something to do and it, she said, us to something requires:

“If one day comes the news that we were flying asteroid, I’m sure people would like to know that we have a finished plan that can save everyone”.

Thank you for your question

So Silas Christensen should be met in this time, this ambiguous answer. We have not yet finished plan, but we, fortunately, are already working on it.

Well, if you have more bad mood and wanted to see what would happen if a huge asteroid collide with the Earth, you are free to play with the fate of the planet with the help of the stimulant Impact Earth.

Thanks to Silas Christensen for a good question, and thank you scientists for their answers and for working on the plan for our salvation. 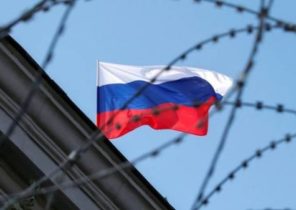 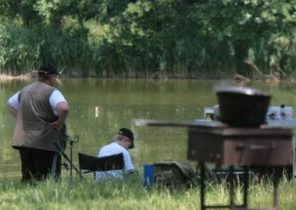