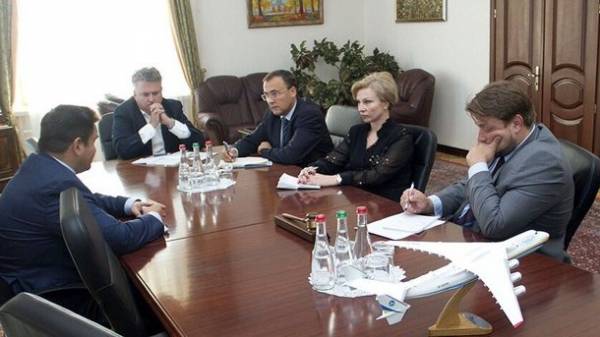 The Minister of foreign Affairs of Ukraine Pavlo Klimkin summoned the Ukrainian Ambassador in Hungary Love Nepop in connection with the reaction of the Hungarian authorities came into force in Ukraine the law on education, in particular, article of the law concerning the language of teaching.

“Was called on the advice of the Ambassador of Ukraine in Hungary Nepop in connection with the reaction of the Hungarian side on the new law of Ukraine “On education”. The position of Ukraine concerning the relations with Hungary the same – we are ready for constructive discussion of all issues”, – wrote Klimkin in your account to Twitter on Thursday evening.

After some time, the Minister stressed that counting on a productive visit to Budapest.

“Confirm your offer Hungarian counterpart together to go to Debrecen University and Transcarpathia”, – said the head of the MFA of Ukraine.

As reported today, 28 September, entered into force a new law “On education”, which envisages reforming of the educational sphere.

Article 7 of the Law stipulates that the language of the educational process in educational institutions is the state language – Ukrainian.

In Poland, Romania, Hungary, Greece, Bulgaria expressed concern in connection with the provisions of this act, concerning the language of instruction of national minorities of Ukraine.

The Minister of foreign Affairs of Hungary Peter Siarto stated the intention of his country to block the rapprochement between Ukraine and the EU due to the language provisions of the education act.

The Ministry of education and science of Ukraine assured that the language provisions of the new law on education in Ukraine does not violate the European Charter for regional or minority languages and the framework Convention for the protection of national minorities.

Grinevich reported earlier that the conclusion of the Venice Commission on the law “On education” can be expected by the end of autumn, but before the receipt of the opinion to amend the law impossible.