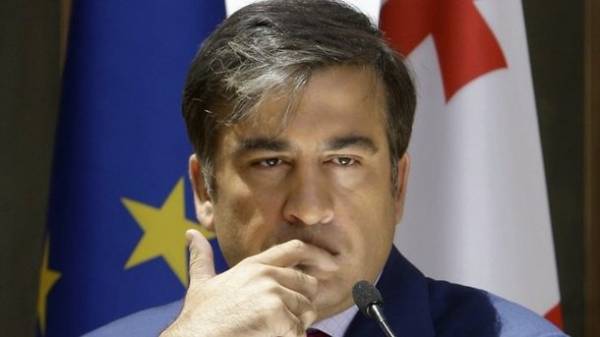 The President of Ukraine Petro Poroshenko says that he had not received from the authorities of Georgia of the requirements for the extradition of Mikhail Saakashvili.

“We have effective communication with the Georgian government, but we have not received the request for extradition Mikheil Saakashvili, so this issue we do not consider,” – said Poroshenko on Tuesday at a briefing in Tbilisi.

Answering the question whether the discussion of this issue during his meetings in Tbilisi, Poroshenko said that without the requirement of the Georgian side he has nothing to say about it.

See also: the Prosecutor General of Ukraine refused to extradite Saakashvili in Georgia

As you know, in Georgia against ex-President Saakashvili initiated several criminal cases on charges of embezzlement of public funds and abuse of power. According to the court, in the case of Saakashvili in Georgia, he should be arrested.

Earlier it was reported that the Chief Prosecutor’s office of Georgia call on the Ukrainian side to cooperate and demand the extradition to the Republic of persons wanted, including former President Mikhail Saakashvili.