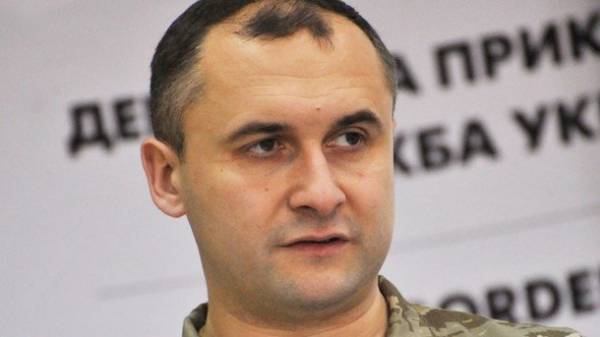 “With regard to the possible violation of Belarus’s airspace patrol aircraft of the state border service of Ukraine. The plane DA-42 the State border service of Ukraine on September 25 made a planned flight with the purpose of the air monitoring of the state border on sections of Chernihiv and Zhytomyr border guard detachments. Related party advance was alerted to the operations of departmental aircraft at these sites. The aircraft is equipped with secondary location, which allows the authorities of air traffic control to track the flight of the aircraft. The organs of air traffic control UkSATSE watched the flight of the aircraft. According to them, violations of the state border is not fixed,” – he wrote.

It is also noted that the flight of the aircraft was observed by electronic units of Air forces of Armed forces of Ukraine, they also did not have recorded violations of the state border.

Slobodyan added that in the framework of the competence of the state border service of Ukraine once again will check all the technical documentation relating to the flight, to objectively establish the truth.

Earlier it was reported that the foreign Ministry of Belarus presented the Ambassador of Ukraine Igor Kizima note in connection with violation of airspace.

“On 28 September 2017 to the Ministry of foreign Affairs was invited by Ambassador extraordinary and Plenipotentiary of Ukraine to Belarus Igor Kizim. On the proposal of the Ministry of defence of the Republic of Belarus head of the Ukrainian diplomatic mission in Minsk was handed a note in connection with violation of airspace of the Republic of Belarus from Ukraine the aircraft “DA-42″, which took place on 25 September 2017, Noting the inadmissibility of violations of the State border, the Belarusian side announced that it expects an official explanation and believes that Ukraine will be taken exhaustive measures to prevent similar incidents in the future”, – stated in the message of the foreign Ministry of Belarus.