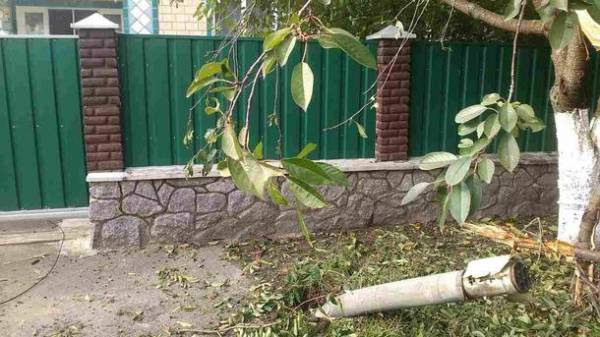 Responsibility for a fire in warehouses of ammunition in Kalinovka, Vinnitsa region carries all the vertical leadership of the defence of the country, from the chief of the General staff of the Armed forces of Ukraine, said Secretary of national security Council and defense Oleksandr Turchynov. About it reports “Interfax-Ukraine”

“The country has suffered the biggest blow since the beginning of the war was a blow to our defense, our defense… It is the responsibility, from the chief of staff on all vertical those responsible for the defense of our country,” Turchynov told reporters on Thursday in Kyiv.

“We have demonstrated that they are unable to protect our strategic arsenals. And therefore the question of the quality of protection of our country. And until we will meet the highest officials who do not perform efficiently its functions, we can count our losses and our losses,” – said the NSDC Secretary.

Turchinov said that after the fire at the warehouses near Svatovo were made the appropriate conclusions, and the NSDC, the Cabinet of Ministers of Ukraine and the Ministry of defence took the appropriate decisions. “Unfortunately, most of them were not implemented. And we have such consequences. And failure to comply with these orders you need to respond and post, and in the legal field”, – he said.