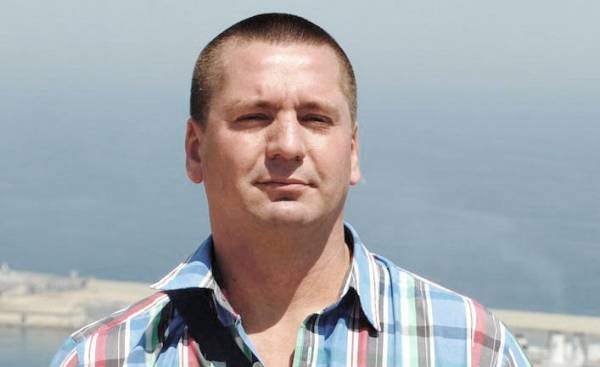 This year China will increase the military budget by 7%. In the end, military spending, China will spend 1.3% of their GDP. This became known on the eve of the 5th session of vsekitajsky meeting of national representatives (NPC) of the 12th convocation in Beijing.

After in February the President of the United States Donald trump has offered to increase its military budget by 54 billion dollars, military experts and analysts believed that China is also planning a significant increase in its military spending. Featured in double figures. For example, in China, a retired Lieutenant General of the people’s liberation army Wang chunhuan said: “the US Defence budget increased by 10%, and we need at least a double-digit increase. An ideal variant — an increase of 12%”. But 7% is the lowest level of growth since 2010.

For comparison: according to the Stockholm international Institute for peace studies (SIPRI), in 2015 China spent on defense 1.9% of its GDP, and the US is 3.3%. In 2017, China’s military budget will total 151,97 billion dollars, and American — 602 billion dollars (and is allowances without trump).

“Hybrid fishermen,” while the carriers are being built

China has the second largest blue-water Navy in the world and the largest coast guard. The modernisation and activity of the fleet of China, about Chinese submarines, construction of military infrastructure on artificial Islands and tensions in the South China sea and write a lot. But so far are guesses, how much money to allocate to the Navy (and China does not disclose the structure of its military budget), more often pay attention to how China skillfully and without large-scale financial injections already using your world’s largest fishing fleet and the fishing fleet in the geopolitical interests.

Chinese fishermen has been dubbed in the foreign press “little blue men”, by analogy with the “green men”, a term that arose after the operation for the annexation of Crimea by Russia in 2014. If it is possible to note the curious fact that large-scale centralized use of “blue men” China to support its territorial claims is also beginning actively worked and used it in 2013-2015.

By definition Americans, the “blue men” are the crews of fishing and other civil courts, the so-called “sea militia”, whose activities are controlled by the government and which is intended to operate in the interests of China in the “gray areas”.

In fact, the “blue men” of irregular become the vanguard of the naval actions of China, “a victory without a battle in a hybrid war”, but their activities are not considered potential enemies and neighbors as a reason to declare a real war. They are civilians, not soldiers of China, which “is not there”. “The blue men”, of course, supports the fleet of the China coast guard, which will not leave its citizens in trouble, and who are ready to answer force with harsh actions against fishermen.

Chinese sources refer to such operations with the use of “blue men” to defend their territorial claims “a war without a Smoking barrels”, although sometimes comes to warning shots.

As the US to deal with the “blue men”

What to do with such a constant, but limited, the escalation of the conflict in the same South China sea, the Americans do not know, but this issue has been raised in the reports of experts for the U.S. Congress and in the media. Similar problems and the Japanese, who are long have not in theory, to fend off the “blue men” of the disputed Senkaku Islands (Chinese name — Diaoyu).

The idea to prohibit Chinese fishermen to appear in the disputed waters could result in the fact that China will ban foreign vessels pass through its territorial waters, what China announced just two weeks ago.

China in February released a draft updated version of the 1984 act on the safety of navigation, where we have introduced the new term “jurisdictional sea”, which aims to legitimize China’s claim to the waters of the South China sea. According to the version of the project, Maritime administration of China will be able to identify specific areas where you will not be allowed a foreign court for reasons of safety of navigation or for environmental reasons. This development definitely will not defuse the situation.

On the other hand, according to American experts, the appetite comes while eating. And every year the sea appetites of China’s growing, because in China do not see any real resistance to the United States Chinese territorial claims.

Currently, you can announce to China that any vessels which do not refrain from provocative and dangerous activities will be considered as being under military direction and control, and consequently, U.S. Navy ships can behave accordingly, in order to ensure its security and unimpeded fulfilment of their missions.

How and what to cook

According to Reuters, citing Chinese officials, may-August, the fishermen of China are special military training to learn correct behavior when saving and searching in distress, in emergency situations, disasters and in protecting the sovereignty of China. One of the fishing companies China even posted on its website on the Internet Patriotic statement that the purpose of the fishing industry of China to raise the Chinese flag over the Spratly Islands (Chinese name — Nansha) in the South China sea.

In addition to the psychological pressure and territorial provocations, “the blue men” are called on to implement the material-logistic support of the fleet, to conduct intelligence activities, to engage in electronic combat, directly to protect the waters and onshore, mining, water.

Fishing vessels are “blue men” is almost entirely due to the state were equipped with receivers Chinese satellite navigation system Beidou, also there is a program on the introduction of vessels with steel hulls, instead of wood. Such vessels can be used more effectively when a battering RAM and the pile. There was also increased the age until which you can stay in “sea militia” members.

Once it’s already happened and led to hostilities. In 1974, during the struggle between China and Vietnam over control of Parabelskiy Islands (Chinese name Xisha) China has used a “hybrid” of fishermen for landing on the island.

No exception and modernity. In 2014 in the conflict around the drilling platform “Haiyang 981, the Shiya” constructed by China in the exclusive economic zone of Vietnam, 40 schooners “blue men” were surrounded by Vietnamese trawler and then one of them rammed and sank a Vietnamese ship. In March 2016, more than 100 fishing boats “blue men” under the flag of China demonstration entered the waters of Malaysia. In August 2016 up to 300 Chinese boats under cover of coast guard ships China went to waters off the disputed Senkaku/Diaoyu Islands. In October 2016, “the blue men” rammed and sank a coast guard cutter in South Korea. Similar incidents over the past few years can be listed for a long time.

Meanwhile, the “blue men” are preparing for the new spring-summer season workout, February 18 American carrier strike group after a few weeks of training near the island of GUAM and Hawaii and training operations in Filipinska sea began to patrol the South China sea, to the obvious displeasure of the Chinese authorities.