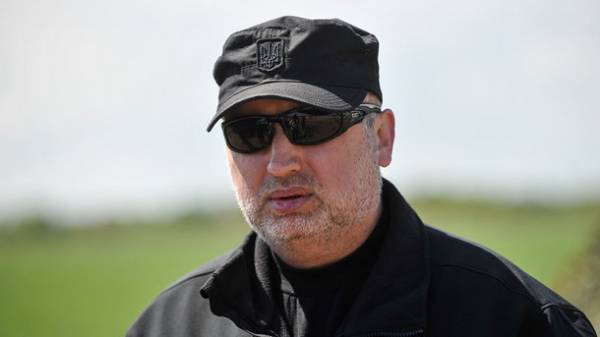 The President of Russia Vladimir Putin does not want to see UN peacekeepers on the Ukrainian-Russian border, as this will stop supplies of weapons, ammunition and military in the Donbass. This was stated by the NSDC Secretary Oleksandr Turchynov during the meeting with the delegation of canadian Parliament headed by the Chairman of the defense Committee Stephen FYROM, the press service of the NSDC.

According to him, the Donbas daily, an increase in the number of weapons and ammunition that are imported by Russian troops.

“We understand why Putin against armed UN mission that would monitor the border with Russia. Only by closing the border to stop the importation of military arms and ammunition from Russia on the occupied territories”, – said Turchinov.

The NSDC Secretary added that until the established control over the border, Russia will continue the war.